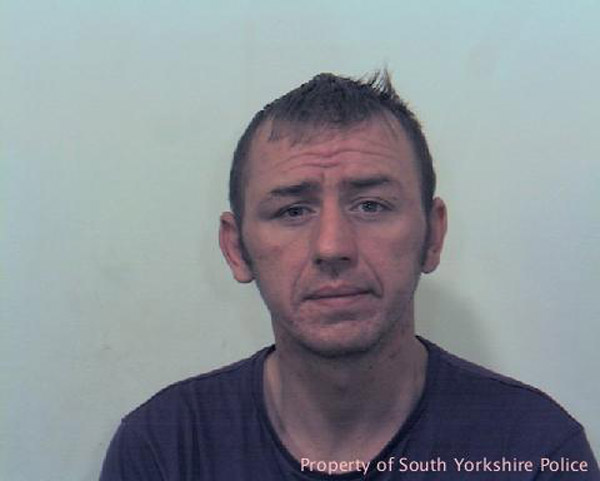 Burglar Jailed Thanks To Superman And Son

A FATHER wearing a Superman dressing gown and his son saved the day when they detained the burglar who robbed their home.

Alex Davies, 18, and dad Wayne raced after the culprit who had broken into their home on St Anne's Drive, Monk Bretton.

They brought the offender, Lee Arnott, back to their house until police officers arrived minutes later.

Arnott, 25, of East Pinfold, Royston, was handed a two-year prison sentence at Sheffield Crown Court on Wednesday after pleading guilty to burglary.

After the family were alerted by their dogs, Alex saw Arnott fleeing with his mum's handbag. The burglar then leapt over the gate and rode off on a mountain bike.

However, he did not bank on the Davies family's response.

Alex gave chase and as he neared Arnott, the offender threw the cycle to the ground.

After a short pursuit, Alex finally got his man and seconds later was joined by dad who helped detain Arnott.

During all this drama, Joanne recovered her handbag, which was still over the handlebars of the bike.

Later when Arnott was arrested at the Davies’ driveway, officers found a pair of wire cutters in the pocket of his tracksuit bottoms.

“I was very annoyed at him thinking he could walk into the house and take what he wanted," Alex said. "I have never moved so fast in my life, I didn't even have no shoes or socks on.

"I was relieved to get the bag back because it had my wallet in with all the papers for my driving theory test. If I hadn’t got them back I wouldn’t have been able to sit the test."

DC Marrison, of South Yorkshire Police, said: "Had they not detained him, Arnott may have got away with it.

"The fact that he pleaded guilty must have been a relief to his victims. This straight forward case is thanks to Superman and son."