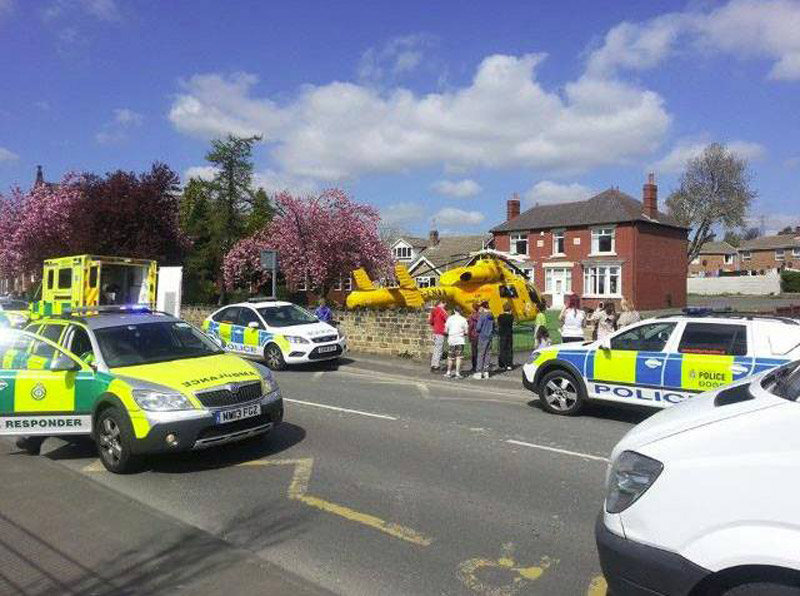 AN AIR ambulance was forced to land in a Darfield garden after a man was stabbed.

The man, 38, suffered wounds thought to be caused by scissors in the incident on Snape Hill Road at around midday on April 18.

His injuries have been described as not life-threatening but he remains in hospital.

Another male victim, 39, suffered minor cuts and bruises but did not require hospital treatment.

Both the men are from Darfield and have been released on bail pending further police enquiries.