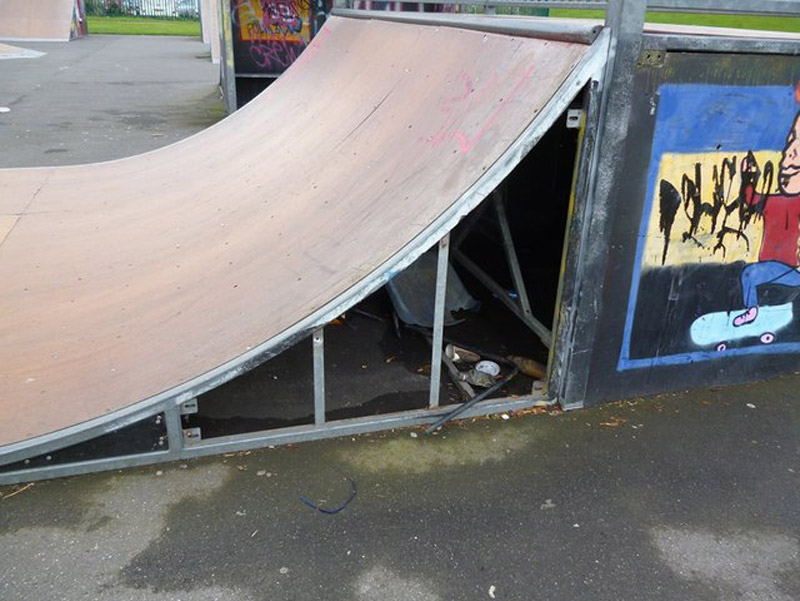 THE council has warned that it can't keep repairing 'wanton vandalism' around Barnsley.

One of the ramps at Penistone skate park was repaired on Monday following another incident of vandalism.

The metal side panel was ripped off last week, and some damage was done to the running surface of the half pipe.

Around £1,800 has been spent on vandalism repairs at the skate park in the last eight months.

A council spokesperson said: "The council simply hasn't got the money to keep repairing the damage.

"If further vandalism takes place, we might have to consider removing damaged units rather than repairing them.

"General wear and tear can be covered by the parks service's budget, but wanton vandalism could ruin the area for everyone as there just isn’t money available to keep repairing the damage."