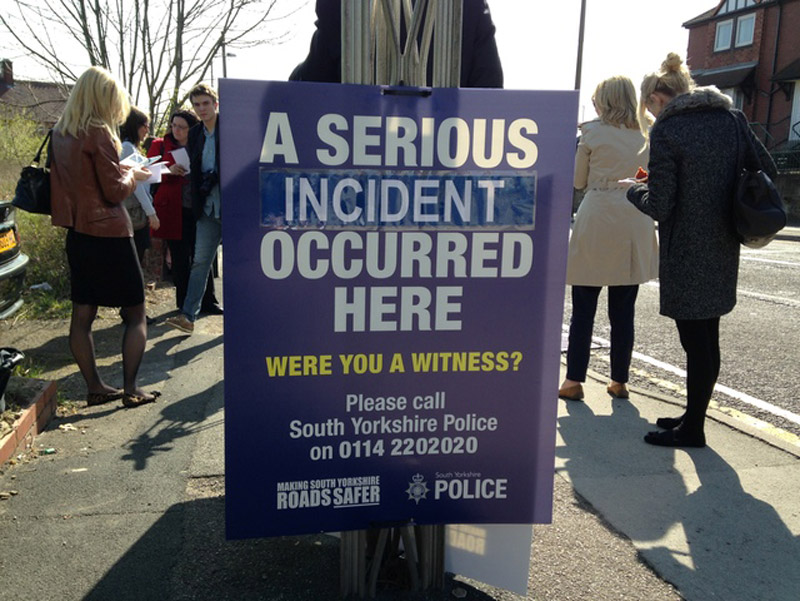 A MAN remains in a critical condition following an unexplained incident in Cundy Cross last week.

Local man Craig Howson, 33, was walking along Rotherham Road at around 10.30pm on April 8 coming from the direction of his sister's house on nearby Grange Lane.

Then, at some point in the next 30 minutes, he suffered serious head injuries and has remained unconscious in hospital since.

Officers investigating the incident have not been able to determine whether Mr Howson was hit by a car or attacked by a person.

The police, who came across Mr Howson whilst on their way to attending a collision further up Rotherham Road, have urged anyone with information to get in touch.

Two people connected to an orange van found in that collision were initially arrested on suspicion of assault and other vehicle-related offences, but were both released on bail while enquiries continue.

"Craig's family are devastated," said Detective Inspector Jade Brice. "They want answers like we do, so if you were in the area on the night of April 8 between 10 and 11pm we would urge you to get in touch.

"Craig is a much-loved person and we are doing everything we can to get to the bottom of what has happened.

"Any help you can give us, however apparently insignificant, may be key to this enquiry."

Mr Howson was taken to Barnsley Hospital with facial wounds described as 'severe', before his condition deteriorated and was transferred to the Royal Hallamshire Hospital in Sheffield.

He remains there, unconscious, unable to tell officers what happened.