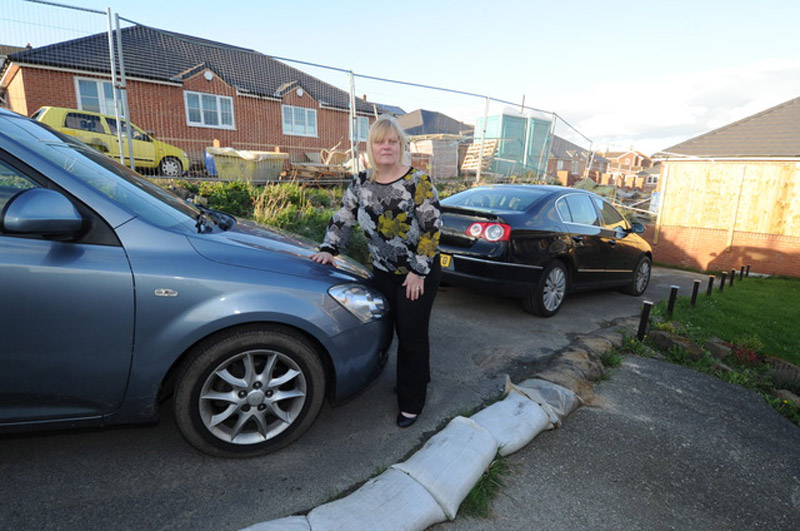 A COUPLE have been using sandbags for 15 months to stave off flooding at their home on the edge of a building site.

Geoff and Julie Priest's home on Milton Crescent is next to a development of 12 two and three-bedroom detached and semi-detached bungalows.

Mrs Priest said: "When you see that you just panic that your house is going to flood. Every time it rains the water comes down the road and shoots down our drive into the air bricks and under the house.

"You could smell the damp in the bedrooms before they dried out."

The scheme is for Guinness Northern Counties and is being built by contractors, but has suffered setbacks throughout its build.

Mr Priest has complained to the firm, Barnsley Council, the Highways Agency and various contractors working on site.

Martin Sanderson, project delivery manager for Guinness Northern Counties, said: "We have been in touch with the Priest family and are doing our best to help to resolve issues at their property as quickly as possible.

"Following advice from Barnsley Highways Agency we have instructed our contractors to fit a drainage system that we believe will relieve the current flooding problems."