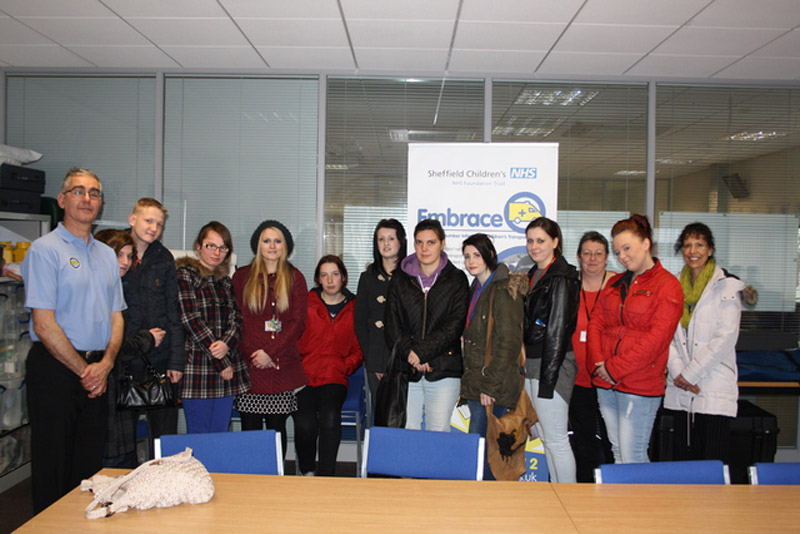 BARNSLEY College students found out what it takes to transport some of the UK's sickest children around the country.

Embrace, which is based in Dodworth near Barnsley, provides a round-the-clock critical care transport service for critically ill babies and children in the region using ambulances, planes and helicopters.

The Embrace team recently starred in Children’s Emergency Rescue, a three-part BBC documentary series which was watched by over a million viewers each week.

Health and social care students from the college were taken on a tour of the base near the M1, and had the chance to sit in one of the specially adapted ambulances which act as a mobile intensive care unit as they transfer sick children to specialist units around the country.

Karen Mason, course leader at the college, said: "The students weren’t aware that there was such a specialised service on their doorstep until they saw the programme about Embrace on television.

“The idea of the visit is to raise the aspirations for our health and social care students and help to show them the broad range of careers available in the industry."