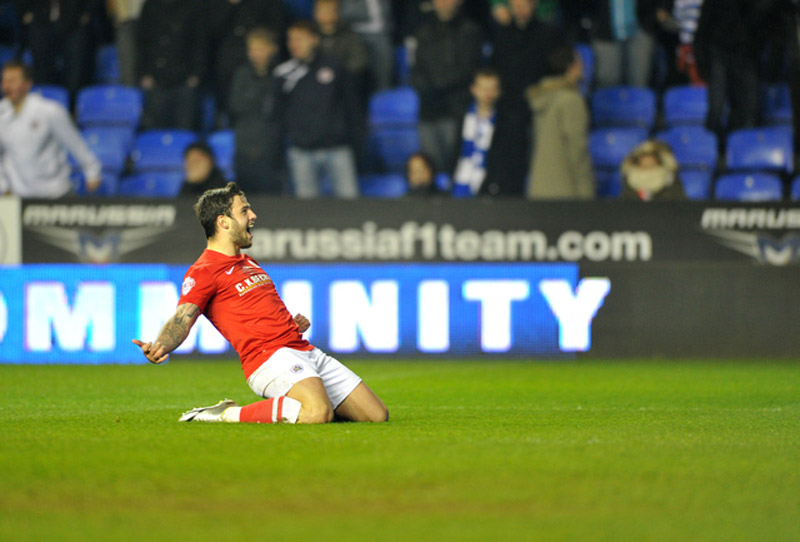 THE Reds boosted their survival hopes with an emphatic win against relegation rivals Yeovil on Saturday.

Barnsley, who beat promotion-chasing Reading 3-1 on Tuesday night, made it back-to-back wins after a dazzling second half performance which saw them score four goals in a 25-minute period.

It was 0-0 at the break but Chris O'Grady got his first of the afternoon eight minutes later with a cheeky lob, before Liam Lawrence's long-range effort found the back of the net to double the Reds' lead.

Yeovil's Luke Ayling halved the hosts' deficit shortly after, but the points were sealed thanks to O'Grady's 75th-minute second. In-form Dale Jennings grabbed Barnsley's fourth, sending the 735 fans who had made the long trip away with renewed optimism in their quest for survival.

Chris Hutchings, the Reds' newly-appointed assistant manager, said: "The boys are playing with confidence and they have to take that into the remaining games.

"All we can do is take care of our own results and make sure we go into every game with the same positive attitude and come out with three points.

"You've seen that we're up for this battle after the last two performances."

What do you think, Barnsley fans? There are eight games to go with a crucial match at Charlton coming up. Are you confident that the Reds will survive? Have your say below.