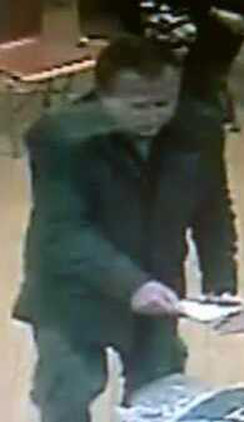 A MAN who has been missing for several weeks has been spotted in Wakefield.

The sighting, shown in this CCTV image, has prompted the police to ask 40-year-old James Stephenson to make contact.

Mr Stephenson left the Cambian Oaks Hospital in Sheffield Road, Barnsley, at around 10.15am on Tuesday 18 March. He told staff he intended to go shopping in the Huddersfield area, but never returned.

The last confirmed sighting of Mr Stephenson was on Wednesday at a shop in Wakefield - police have issued this latest CCTV image in a bid to trace him.

Anyone with any information on Mr Stephenson's whereabouts should call South Yorkshire Police on 101, quoting incident number 589 of March 18, 2014.