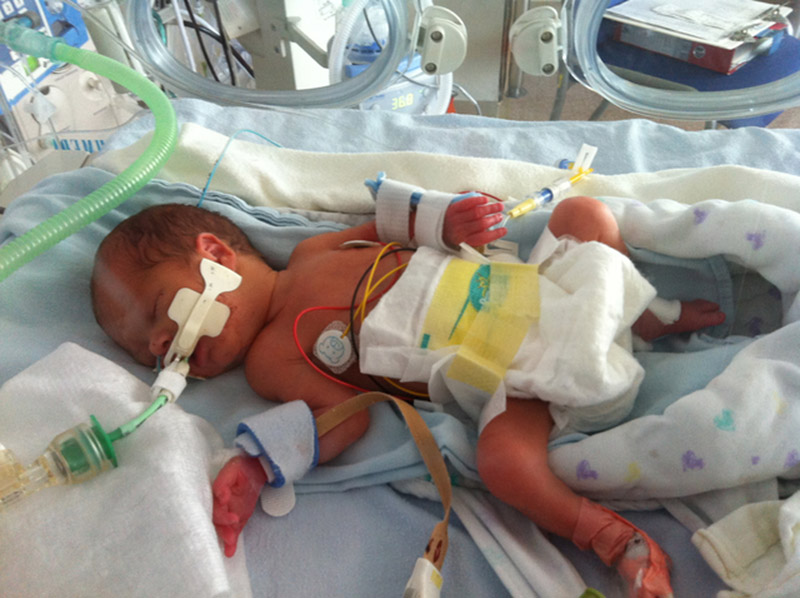 A BARNSLEY mum who organised an event to raise money for Barnsley Hospital’s neo-natal unit – to replace items that were stolen by heartless thieves - has smashed her target.

Rachel Reeves, from Kendray, wanted to raise £1,500 for the unit which helped care for her son when he was born 10 and a half weeks premature, weighing in at just over 2lb, a little more than a bag of sugar.

But, she says, local support helped push the total to £2,464 with another £127 being donated online through her new Just Giving page.

She said: “They are buying incubator aids to help tiny babies in to the ventilators and they are doing up the rooms that parents stay in – we spent some time in there and it’s important for those parents who stay with their babies.

“I can’t believe it – but people have actually pinched things from these rooms. They’ve stolen things like DVD players, TVs and even the bedside lamps.”

Rachel was taken into hospital with severe pre-eclampsia, a medical condition which meant her son Kayden-Jay had to be delivered early.

Rachel also has a 'Just Giving' page if anyone would like to donate - you can do it here.