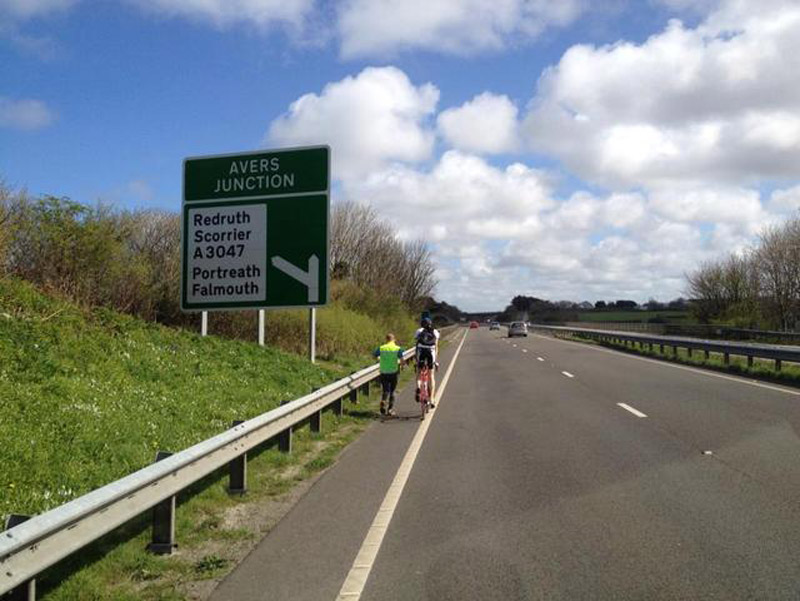 A BARNSLEY man's Land's End to John O'Groats world record attempt has sadly ended due to an injury.

Gavin Felton, 44, from Monk Bretton, set off on his gruelling 863-mile run on Sunday and had his sights on breaking the record of nine days, two hours and 21 minutes.

However, his run came to a premature end on Monday morning.

"I ended up in a ditch at the 30-mile mark after a lorry nearly took me out," said the father-of-two. "I felt my left calf pull but I continued and managed to fight it and got to 97 miles.

"I woke up on Monday morning to see a lot of veins on my calf. I started the run but every step resulted in a spasm and I can't put weight on it."

Gavin, who is a marathon veteran having completed 48 26-mile events, was raising money for Barnsley Hospice.

"I am totally gutted," he added. "I am sorry for letting people down but I will be back next year."