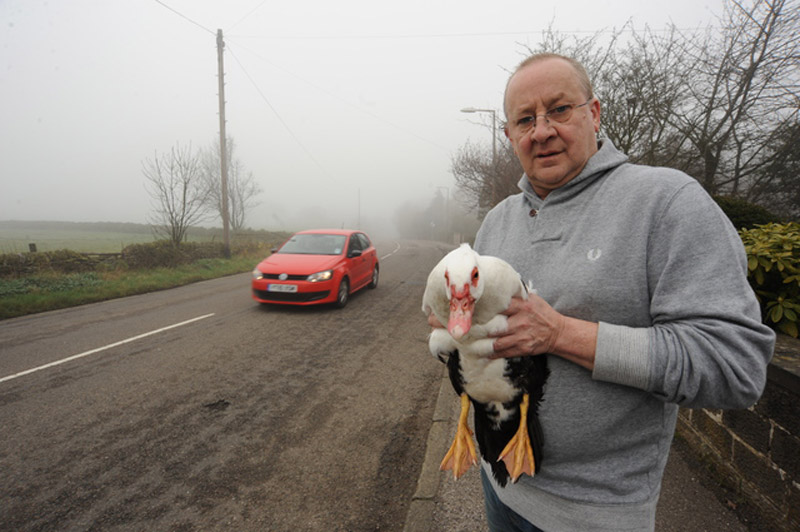 Ex-Mayor Calls For Motorists To Slow Down

THERE has been calls for motorists to slow down and be vigilant of wildlife after seven ducks were killed by vehicles in just over a week.

The 56-year-old, who served as the town's mayor in the 90s, contacted the police after witnessing a driver accelerate to hit a duck and wants the road to be classed as a community concern site, which would mean regular visits by speed cameras.

"The road is a main arterial road into Penistone with a high volume of traffic," he said. "Also located on the road is Penistone Grammar School which has around 1,700 pupils.

"Mindless motorists have been responsible for killing several ducks which are crossing the road. It's unbelievable how impatient people are, even the ones who stop will sit there blowing their horns at the ducks."

Mick has contacted South Yorkshire Police's Safety Camera Partnership to ask for the road to be listed as a concern site.

A partnership spokesman said it would gather 'local knowledge' from Barnsley Council.