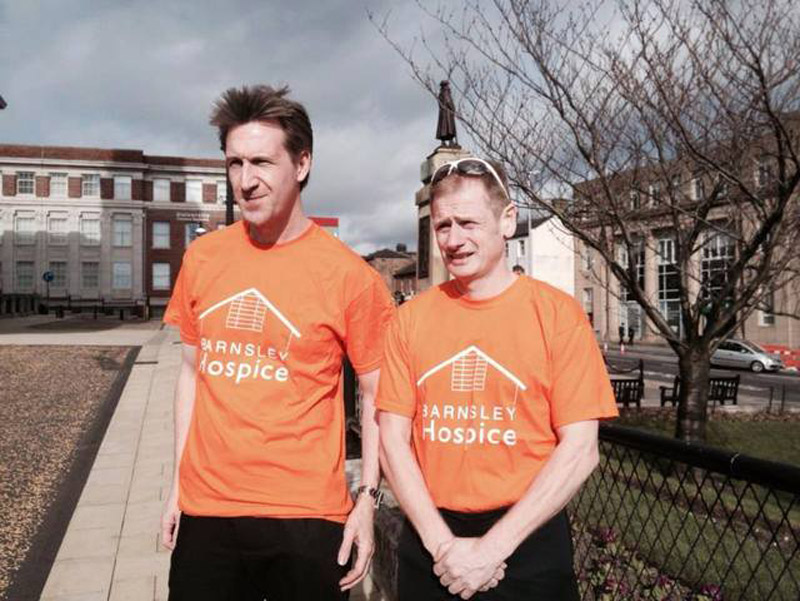 A BARNSLEY man is nearing closer to running a staggering 863 miles over nine days to raise money for the town's hospice.

Dad-of-two Gavin Felton, 44, from Monk Bretton, will run from Land's End to John O'Groats and is chasing the Guinness World Record time of nine days, two hours and 21 minutes when he sets off on April 13.

Gavin, who is used to intense training from his 23-year stint in the army, chose to run and raise funds for Barnsley Hospice as family members have been treated there.

"Barnsley Hospice is very close to my heart," he said. "It amazes me that hospices remain charities and rely so heavily on people raising money because of all the good work they do."

Running long distances is not a new thing for Gavin, who is a marathon veteran having completed 48 26-mile events.

The former Regimental Sergeant Major has done all the preparation, and used the Yorkshire Marathon as a training test in September.

Gavin didn't simply drive there, run the marathon and come home, though. He said: "I actually ran from Barnsley to York, then completed the marathon!"

He took five hours and eight minutes to run the 40 miles to York, then rested for three hours before running the marathon in three hours and 20 minutes.

"You go through peaks and troughs in running but if your mind tells you to give up you've just got to keep going," Gavin added. "Now is just about getting 100 per cent fit and healthy for April 13."