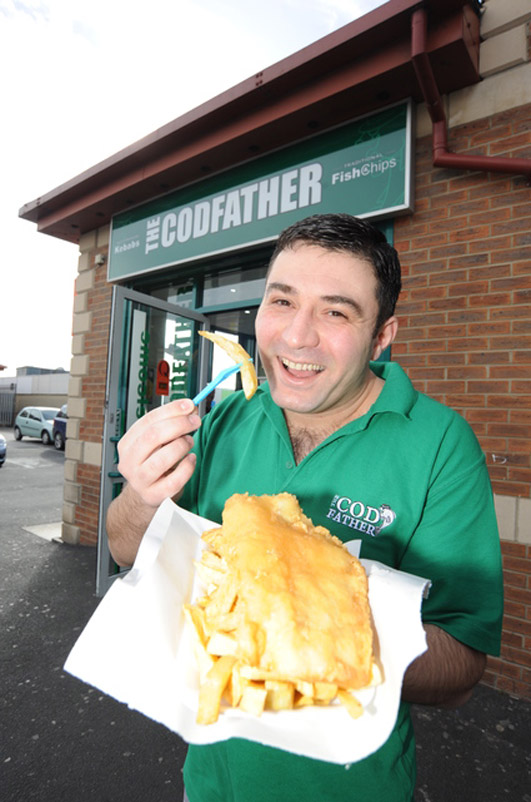 A BARNSLEY fish and chip shop has been named the best chippy in South Yorkshire by the Potato Council.

The Codfather, on Laithes Lane, New Lodge, scooped the South Yorkshire prize and was runner-up in the Yorkshire and Humber region during the awards to mark National Chip Week.

Owner Ilham Shamchiyev grew up in Azerbaijan and had never even tried fish and chips until he moved to Barnsley in 2001.

"I'd never heard of it," admitted Ilham. "I remember walking past a chippy in Barnsley and seeing something orange behind the glass. I walked in and asked 'what's that?'

He ended up working in several takeaways before setting up his own business, which he has run for seven years.

Ilham - who eats fish and chips most days - says the secret to his success is fresh produce and the fact he changes the frying oil daily.

"I worked in one chippy where the oil got changed every three months, but we do it every single day," he added.

"It's so much better that way as it's fresher and healthier for customers. You can taste the difference."

The Codfather employs five staff and Ilham is in the process of setting up another branch n Wakefield.