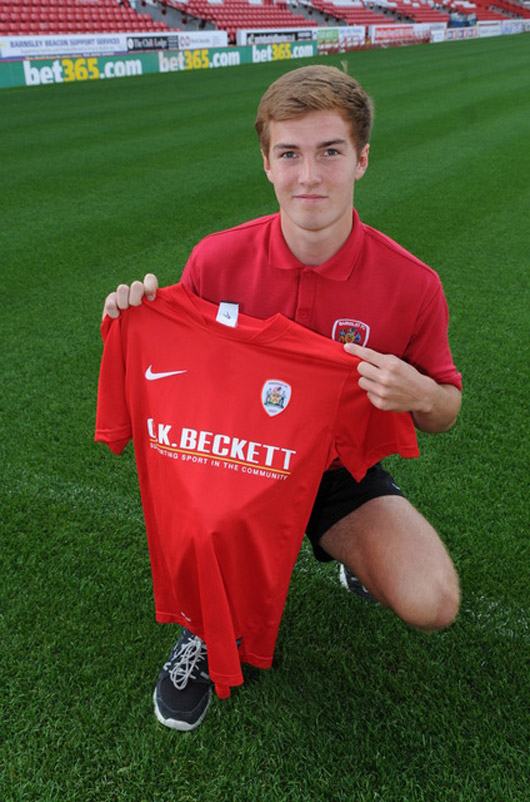 A 16-YEAR-OLD who is tipped as the next John Stones has signed a professional contract at Oakwell.

Highly regarded James Bree, who has come through the ranks at the club's academy for four years, turned down an opportunity to join Manchester United last summer.

Bree spent three weeks with the Old Trafford club and it is reported that they were prepared to pay a 'substantial' fee to Barnsley.

But the versatile defender, who can also play in midfield, believed he had better prospects of first team football at Oakwell.

"I've been here for four seasons now and love it," he said. "I feel at home and believe it's the right place for me to develop.

"It's a dream come true to sign a professional deal but I know the hard work starts now."