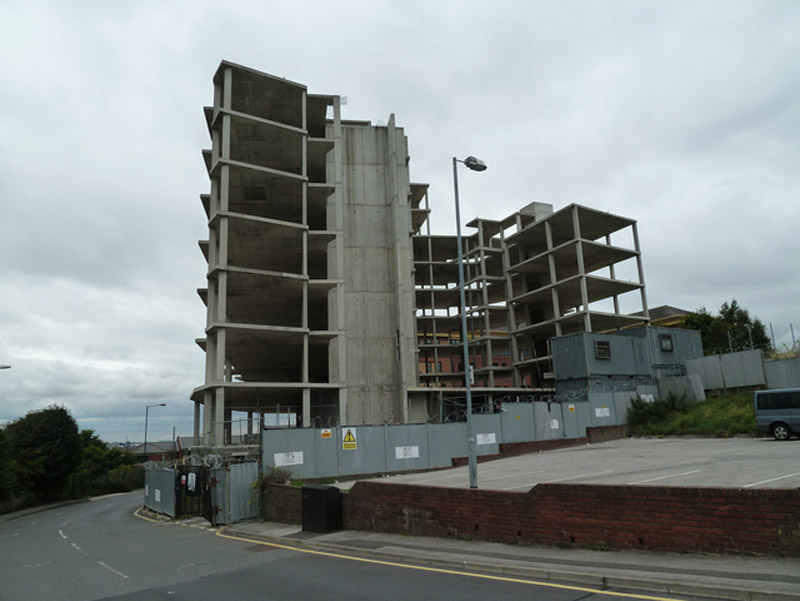 A RECKLESS group of lads were seen climbing a half-finished bulding on the edge of the town centre.

The City Reach concrete skeleton has become a magnet for vandals and drug users since the £5 million development stalled.

Police have been called out to numerous incidents involving people being inside the unfinished building.

One of the group could be seen on the top floor while another was photographed peering over the edge of one of the lower floors.

They were then seen jumping back over the security fencing, which has barbed wire on top, in order to leave the abandoned construction site.

They were met by police officers who had been called to the scene and were stopped and searched before being allowed to go.

Barnsley Council's building control team was made aware and is looking into making sure the site is secure.