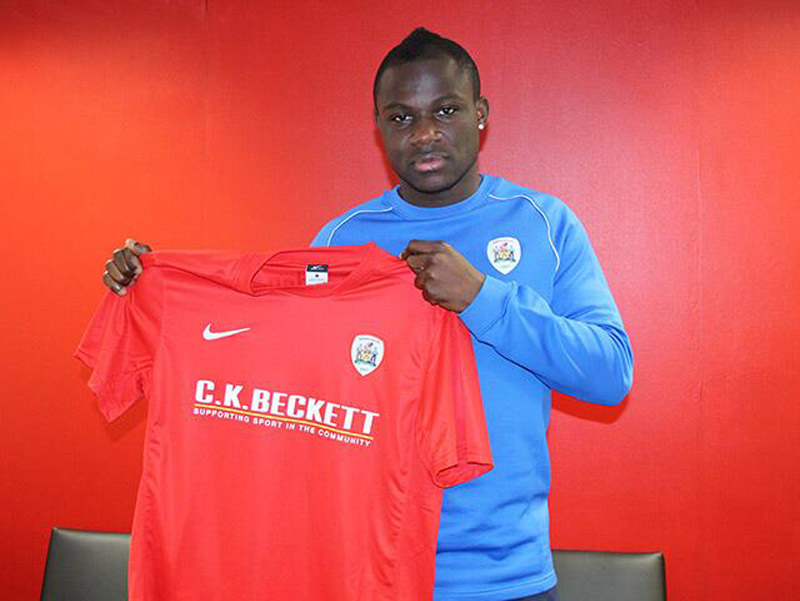 BARNSLEY manager Danny Wilson has called Emmanuel Frimpong's tweet about not been able to attract women after moving to Barnsley as 'tongue-in-cheek'.

The day he signed from Arsenal, the 22-year-old midfielder posted: 'How am I gonna draw girls now?' This was followed by three crying face emoticons.

Wilson said: "It's just a bit tongue-in-cheek - it's of no concern to me."

Frimpong, a deadline day signing, lasted just 30 minutes on his debut after being sent off against South Yorkshire rivals Sheffield Wednesday.

In other news, Liverpool loanee Ryan McLaughlin is back in training after recovering from a glute injury.

The 19-year-old made his Reds debut a month ago in a 2-0 win over Blackpool, but was found to have sustained an injury whilst out in Ireland.

Danny Wilson said the Northern Ireland youth international is unlikely to feature tonight at Wigan, but is glad to have him back on the training field.

He added: "He's trained this morning but he's not played in the last month. It's good to have a player of Ryan's quality back in fold and he gives us that extra cover."