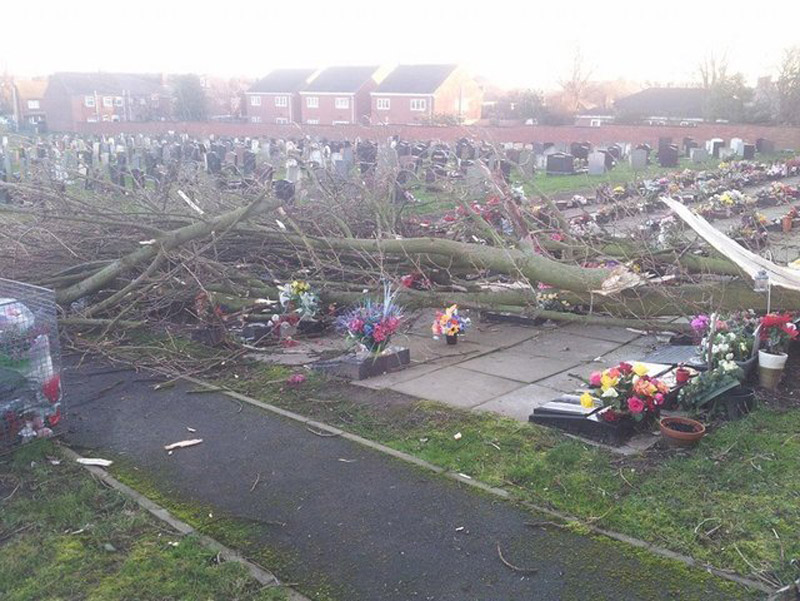 WIND speeds of up to 90mph battered Barnsley this week with more problems predicted this weekend.

On Wednesday evening, wind speeds on higher ground reached up to 90mph with most of the borough subjected to gusts that reached 70mph.

Forecasters predict the winds could continue this weekend - a move which has already put the council and emergency services on standby.

South Yorkshire Fire and Rescue recorded triple the number of 999 calls amid the worst of the weather while Barnsley Council staff worked through the night helping to deal with an overturned lorry on the A629 and dealing with complaints about house damage.

Council staff had to remove 12 trees that had fallen over night in Wombwell, Birdwell, Wortley, Worsborough and High Hoyland with another 22 being removed yesterday - including some that had fallen on graves at Bolton-On-Dearne cemetery.