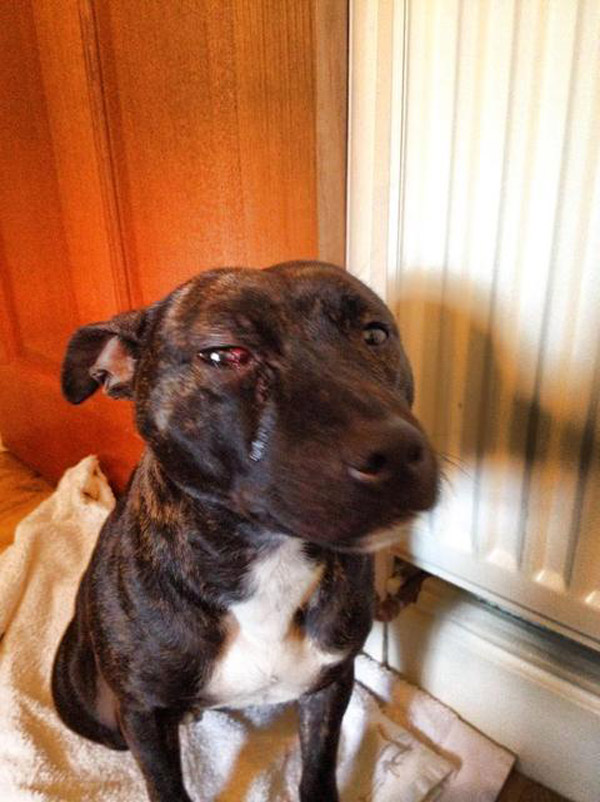 THE RSPCA has vowed to find whoever left this poor dog beaten and abandoned in a Goldthorpe wood.

WABer Stacey Ayrton found the female Staffordshire bull terrier tied up and in a bad way in woodland off Doncaster Road.

The dog - whose photograph showed she had sustained injuries to her face - has actually been left blind in one eye because of her treatment.

"She was callously abandoned in woodland and had sustained serious injuries to her head," an RSPCA spokesperson confirmed.

"The vet believes these injuries are consistent with the dog having been beaten - not an accidental injury such as a collision.

"It's heartbreaking that someone could put this poor dog through such an ordeal, but luckily she was found and is now in safe hands.

"We will do all we can to find who did this to her."

The dog, now named Aly, is being cared for at the RSPCA’s Sheffield branch. Anyone who recognises her should call 0300 123 8018.