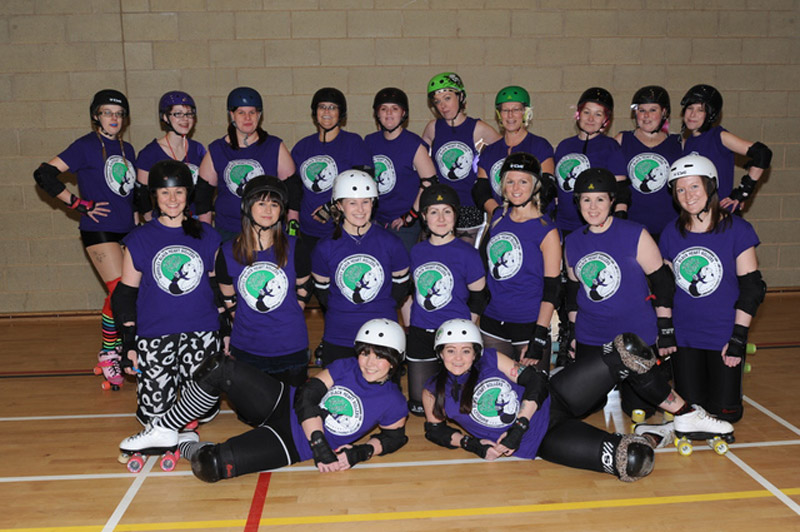 THE town's first roller derby team are all set to make their debut this weekend.

The Barnsley Black Heart Rollers, formed in August 2012, will take on Mansfield Misfits at the Metrodome on Saturday.

The full-contact sport is made up of two teams of five, who roller skate in the same direction around a track.

Amie Richards, 27, of Honeywell Grove, Honeywell, joined the team in the summer. She said: "We're all really looking forward to it and we're hoping to have quite a lot of games. We're not in a league at the moment so we're just playing friendlies."

Play consists of a series of short matches known as 'bouts' and both teams have a scoring player, known as the jammer, who has to score points by lapping members of the other team.

The rest of the team then assist their own jammer by hindering the opposing jammer.

Amie added: "I'm really passionate about it. Barnsley has never had a team before, we're the first team and this is our first ever game. We want to get as much support as we can."

The team currently has 21 members, with ages ranging from mid 20s to mid 40s, but is looking to take on more. Training is at Barnsley Academy School on Thursdays at 8.30pm and Sundays at 2.30pm.