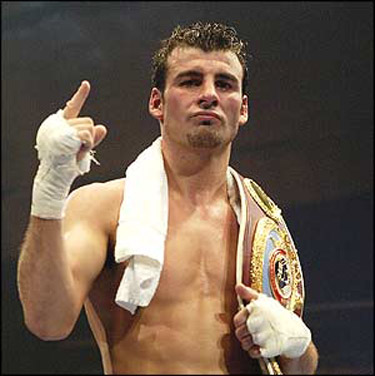 Calzaghe All Set For Barnsley Appearance

ONE of Britain's best boxers will share the story of his illustrious career with an audience at the Metrodome on Saturday.

Joe Calzaghe - whose unbeaten record consists of 46 wins and 32 KOs - was the longest reigning world champion in recent years, having held the WBO Super Middleweight title for over ten years.

He made 21 successful defences of his belt, and relinquished the title to move up to light heavyweight.

As his super middleweight and light heavyweight reigns overlapped, he retired with the longest continual time as world champion of any active fighter.

Victories over Jeff Lacy, Mikkel Kessler, Bernard Hopkins and Roy Jones Jr made Joe into one of the all-time pound for pound greats.

It's hoped the Welshman's visit will lure a bumper crowd to raise cash for Sheffield’s Weston Park Hospital Cancer Charity.

Richard Bailey, events manager at BPL, which runs the Metrodome, said: "The venue's long been renowned for offering some of the best sporting events around and this is anticipated to be up there with the best.

"We're honoured such a sporting icon will be coming to Barnsley and that he's chosen to use the Metrodome as a venue."