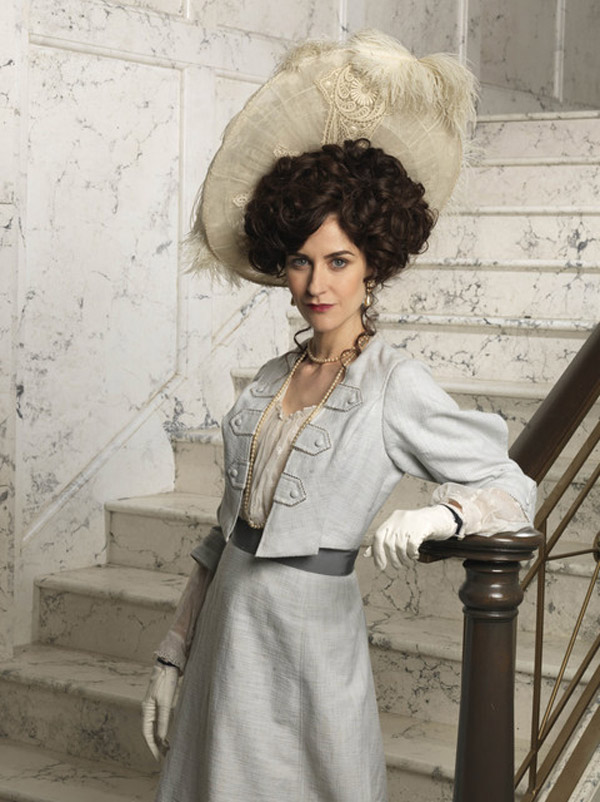 The ITV programme's second series will see the 34-year-old reprise her role as Lady Mae Loxley alongside Jeremy Piven, who plays Harry Selfridge.

Based on the life of flamboyant American entrepreneur who founded the world-famous store on London’s Oxford Street in 1909, the series picks up the story in 1914 as the store celebrates its fifth anniversary.

Katherine's character in the hit show is a far cry from Becky McDonald, who she played in Coronation Street.

In the first episode, she's thrown off stride by the unexpected return to London of her husband, Lord Loxley.

The second season of Mr Selfridge will launch on ITV on Sunday January 19 at 9pm.