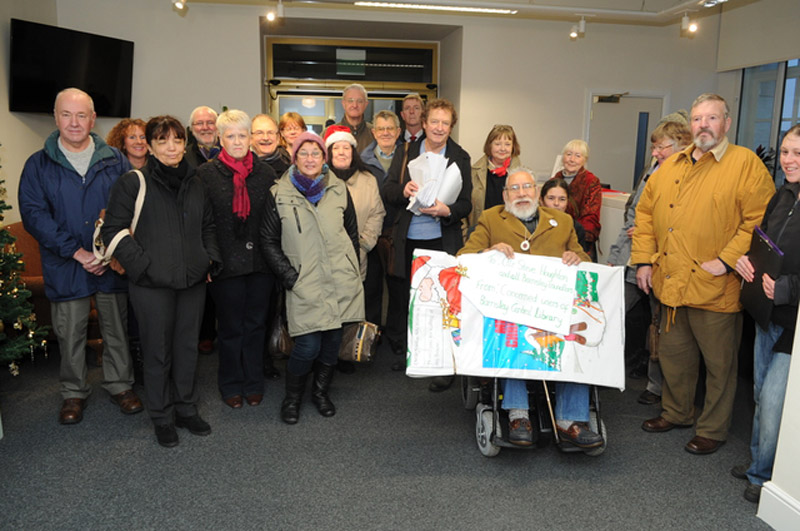 LIBRARY campaigners are planning to surround Barnsley Town Hall when councillors meet to consider the results of a consultation on relocating the library.

About 40 members of the Hands Off Our Library campaign are planning their next steps to stop the demolition of the Shambles Street building to make way for a new £17m sixth form college.

The council's ruling cabinet meets on February 5 to consider the results of the consultation which, if it goes ahead, would see the library move to Wellington House.

That would be a temporary move until a permanent replacement is built elsewhere in the town centre.

The campaigners are planning to form a 'human chain for democracy' around the Town Hall to coincide with the council meeting that morning.

On January 25 and February 1 campaigners will be in the town centre precinct to persuade the public to take part.

Mike Grundy, one of the leading campaigners, said: "We have had a wonderful response from the Barnsley public so far.

"Hundreds have come to our protests and meetings.

"Now we need a huge turn out on February 5 to convince the council that the democratic thing to do will be listen to what Barnsley people are saying and abandon the plan to demolish our library."

Are you backing the campaigners? Or would you like to see a new sixth form in its place? Have your say below.