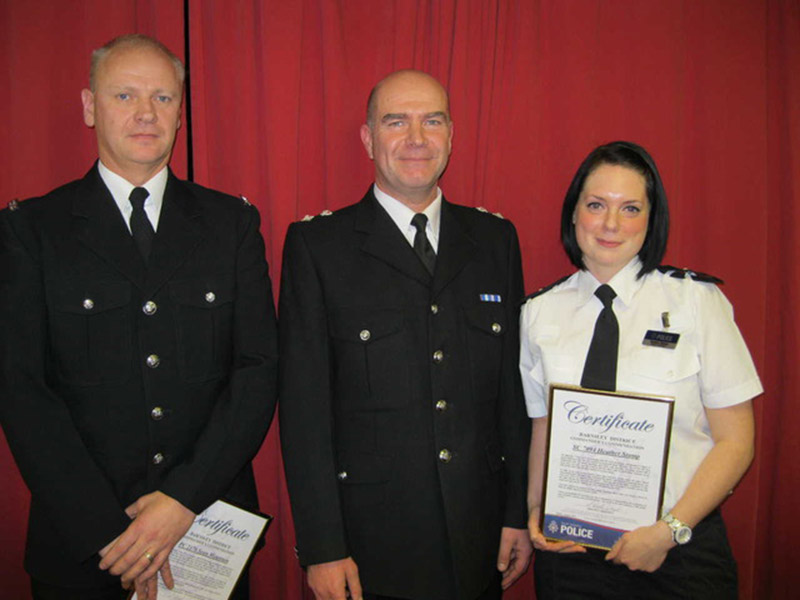 A PAIR of Barnsley police officers have been given bravery awards after being confronted by a crazed man wielding a Samurai sword.

PC Sean Mountain and Special Constable Heather Stamp were called to an incident in Dodworth Road Barnsley after reports were made of two men fighting.

The men were attacking each other with weapons - including a large piece of wood that was covered in blood and an unsheathed Samuarai Sword.

The officers tried to calm the situation but, while one man responded, the other did not and they had to resort to striking him with a baton.

The incident happened in 2011 and the pair were praised in a special awards ceremony.