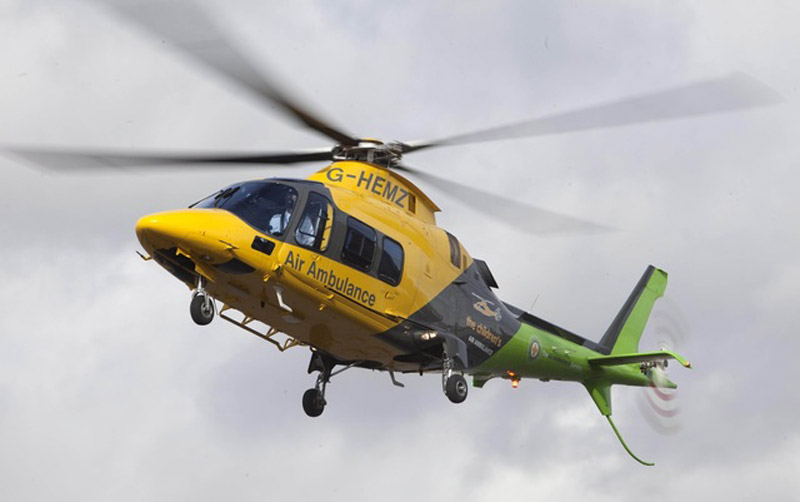 THE Children's Air Ambulance team will be holding an awareness event in the Alhambra on January 18.

It's the first and only dedicated helicopter emergency transfer service for seriously ill children and babies and works closely with Barnsley-based Embrace, who provide round-the-clock critical care transport for critically ill patients in the Yorkshire and Humber region.

Faye Wilson, fundraiser for The Children's Air Ambulance, hopes to raise much-needed awareness at the Alhambra and gain new volunteers.

She said: "Thousands of children need transferring between hospitals and the majority of these are performed by land.

"This means sometimes long journeys for seriously ill youngsters. The Children's Air Ambulance is able to drastically cut the time it takes to carry out these types of transfers.

"Sick children and babies can get lifesaving care as soon as possible - giving them the very best chances of survival and recovery.

"We'd like to involve Barnsley's local community and for them to get involved in what we do as it's such a worthwhile cause.

"This is why we will be in the Alhambra on the 18th to let people learn more about the service and hopefully sign up lots of new volunteers for The Children’s Air Ambulance.

"As well as being able to meet the team we will be having fun activities for children to get involved with as well as selling some of the fabulous merchandise that we have been kindly donated."

The service, which costs £15 per mile, is run solely on charitable donations and support in the local community is vital to raise the £134,000 that's needed.