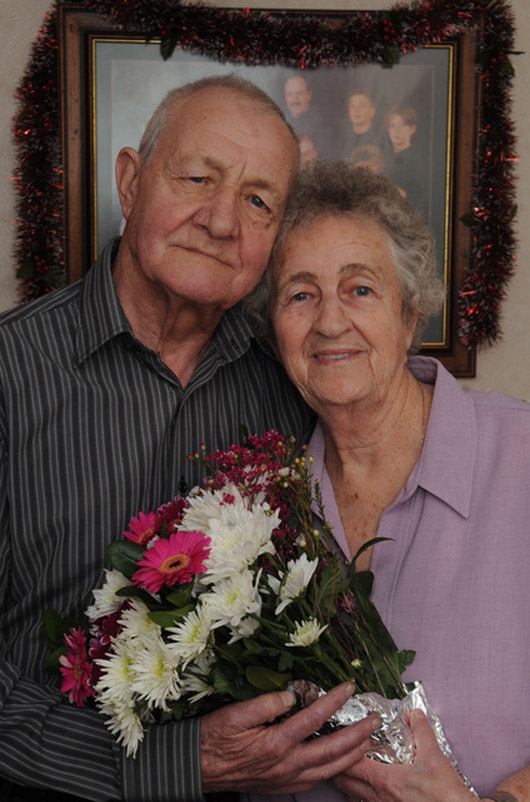 The diamond couple wed on Boxing Day 60 years ago, after meeting at a textile mill in Wakefield.

Irene, 81, said: "I saw James on the bus that took us from Grimethorpe and he kept looking at me.

"I was just 17. We were married at the chapel in Grimethorpe when we were both 21."

The two used to go dancing at the local welfare hall and to the cinema three times a week.

James, 82, did two years' national service, then worked on the railways and at Grimethorpe Colliery.

"The family all live locally and came round for Christmas," said Irene.

"We've not always been able to celebrate our wedding anniversary because everything's booked up for Christmas parties."

This time they were lucky and went for a diamond wedding meal at Burntwood Hall with their family.