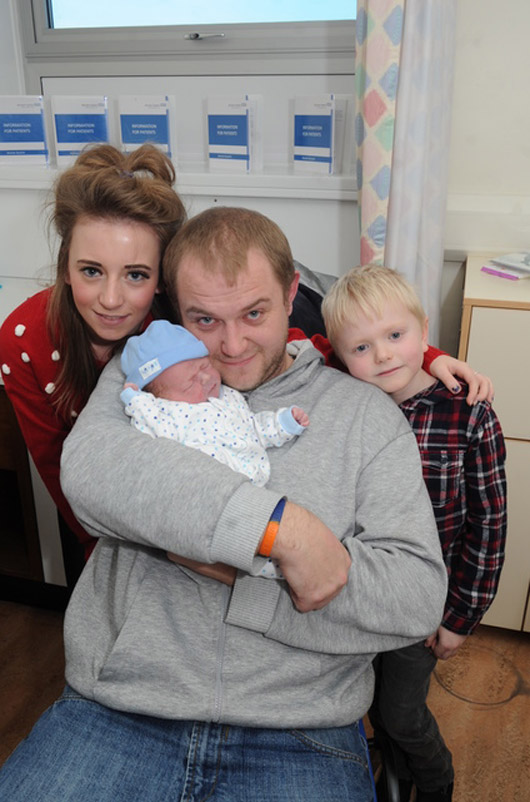 BABY Freddie Warren Hall made his parents' Christmas the best one yet when he arrived on Christmas Day!

He was due to be born by Caesarean section on January 2 but came eight days early after mum Elizabeth started having contractions on Christmas Eve.

He weighed six pounds and seven ounces when he was born at 2.44am.

"My daughter Georgina and son Alfie were a bit shocked when I wasn't there on Christmas Day morning, but they were delighted to know I'd had him. It was a lovely surprise for them."

Elizabeth started noticing the contractions at about 1.30pm on Christmas Eve, but thought it was Braxton Hicks (false contractions).

It wasn't until they became more frequent that Elizabeth and husband Gareth, 29, decided to go to Barnsley Hospital, where Elizabeth was checked over and given painkillers in the hope of stopping the labour.

But the painkillers didn't work and she was taken to theatre where she gave birth to Freddie.

"I was a bit shocked when they said they were taking me to theatre, but I was glad because the contractions weren't getting any better," she added.

Elizabeth spent Christmas Day and Boxing Day in hospital, but still got a Christmas dinner and Freddie was given a gift.

She was discharged the following Friday, and said staff on the labour ward had been 'brilliant'.