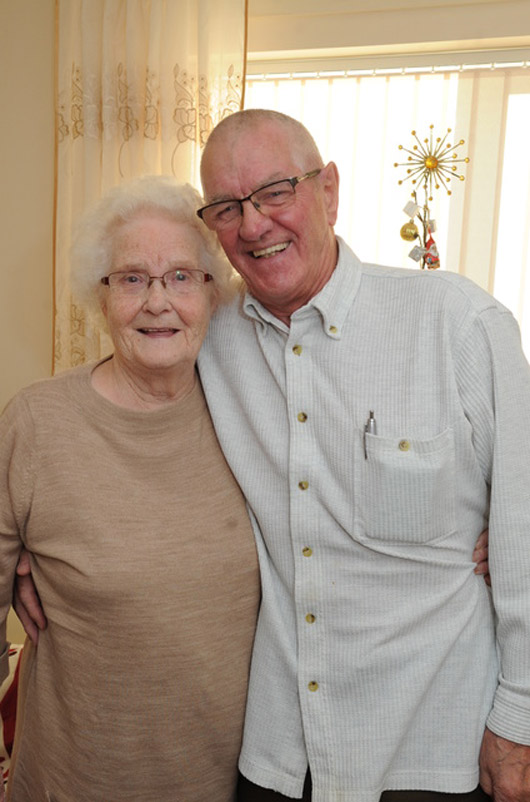 A COUPLE who met in the RAF in the 1950s have marked 60 years of marriage!

Gerry Fairweather, 80, of Rose Tree Court, Cudworth, and wife Betty, 81, have a family spanning five generations and 32 descendants with seven children, 11 grandchildren, 13 great-grandchildren and one great-great-grandson.

They met when Gerry, raised in Dundee, was conscripted to the RAF in 1951 and was based at RAF Finningley.

Betty, raised in Cudworth at Methley Street, worked at Finningley as a NAAFI girl.

She later worked at the catalogue firm Empire Stores in Wakefield, and then Granada Bingo in Barnsley for about ten years.

She also worked as a part-time cleaner for Darfield Road WMC, continuing up to the age of 75.

Gerry had served in the RAF for four-and-a-half years and then worked at Redfearn Glass, Monk Bretton, and later went to work in the mines.

He worked for five years at Grimethorpe, and then nearly 20 at Houghton Main, where he finished as a colliery deputy and shot firer.

They married on Christmas Eve in 1953. They moved to Rose Tree Court a couple of years ago but before that spent more than 50 years at Crown Avenue, Cudworth.

Nearly all the family came together to celebrate their diamond wedding anniversary.

Gerry said: "We took 35 out for a meal at The Grille in Barnsley to celebrate. I put on a kilt and my full Highland outfit. Nearly everyone made it. We had a great night.

"The family is always looking for a reason to get together - they're all very sociable people."