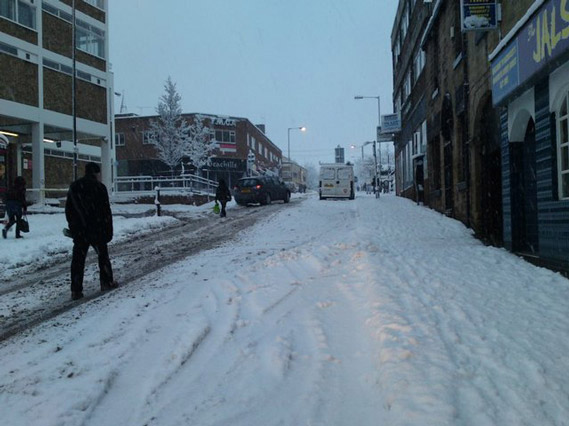 MORE than 10,000 tonnes of grit is in storage at the Smithies and Penistone depots ready to be spread across the borough.

The council says they're prepared for the white stuff this winter and keeping main routes clear, with residential grit bins also being replenished.

Combined gritting alerts and winter maintenance information from across the region will be made available to Twitter users through the new hashtag #sygrit, bringing together communications tweeted by Barnsley, Sheffield, Rotherham and Doncaster councils.

Barnsley has 15 vehicles used for gritting as well as five snow ploughs and 17 snow blowers for pedestrian areas.

Some of the council's tractors are also fitted with buckets for snow clearing.

Helpful Barnsley residents are also ready for action as part of the Good Neighbour scheme which helps keep paths, pavements, back streets and side roads clear of snow.

A council spokeswoman said it's been a great success for the past four years and aims to address those areas of the borough outside the council's snow plan.

"A number of good neighbours assist people across the borough's streets and estates to help themselves during snowy weather," she said.

"The 50 trained volunteers have agreed to take part again this year and some 130 volunteers are getting ready to be trained up."

The council said those who don't want to be part of a scheme but want to help clear their own streets, or just the area outside their own house, shouldn't be put off because they are afraid someone will get injured.

The spokeswoman added: "Remember, people walking on snow and ice have a responsibility to be careful themselves.

"Don't believe the myths - it's unlikely you'll be sued or held legally responsible for any injuries if you have cleared the path carefully."

Cllr Roy Miller said the council will do its best to keep roads free from snow and ice to make travelling across the borough as easy as possible.