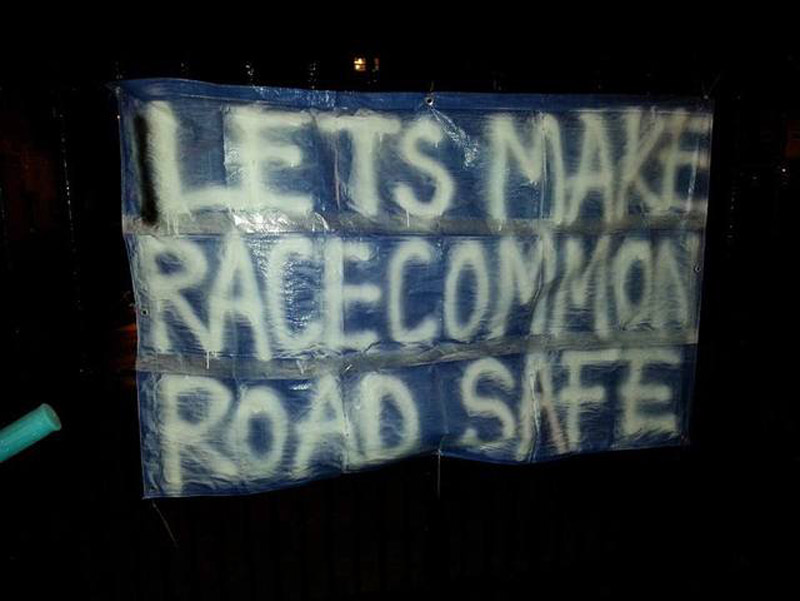 OVER 1,500 people have joined a Facebook page questioning the safety of a town centre road which has become notorious for accidents.

The 'Let's Make Racecommon Road Safe' page has hundreds of posts from residents and has stirred up a frenzy on the social networking site throughout the month.

The latest flurry of activity comes fresh from news on We Are Barnsley that a seven-year-old boy was knocked over by a car and airlifted to hospital after suffering serious injuries.

Others have bemoaned motorists parking on double yellow lines and blocking pavements on the area near Kwik-Fit.

Shelley Love, a driving instructor who started the group, said: "After three serious accidents in 12 months, enough is enough."

Having grew up around the area and now living on nearby St Edward's Avenue, Shelley is determined for measures to be put in place to eradicate the road's ongoing problems.

"I've always lived around here and even my dad's car was crashed into and wrote off when it was parked up," she added.

"It's the speed issue which is most concerning. It's inevitable that people will park on the road as it's near to the town centre but making it a 20mph zone would reduce accidents.

"I'd like Barnsley Council to enforce fines on illegally parked drivers and have more of a presence in the area.

"People speed to beat the traffic lights and having a camera on top would deter people from driving aggressively.

"The group wants to raise awareness, so if that's by putting posters up or making banners, every little helps."

Dan Jarvis, MP for Barnsley Central, said: "I am regularly on Racecommon Road and share the concerns of local residents about the impact of the traffic there.

"It shouldn’t be a case of taking your life in your hands when crossing a road. We must do all we can to ensure that local people - especially children, the elderly and vulnerable - can navigate the street without risk of injury.

"I believe there needs to be a thorough investigation into measures which could be introduced to improve safety - particularly for pedestrians and cyclists.

"I will be working with local councillors to ensure that this issue is looked at in careful detail by Barnsley Council."

A council spokesman said: "Our highways people will be speaking with the police in the new year as part of the annual road safety assessment of the road."

The page can be found by clicking here.