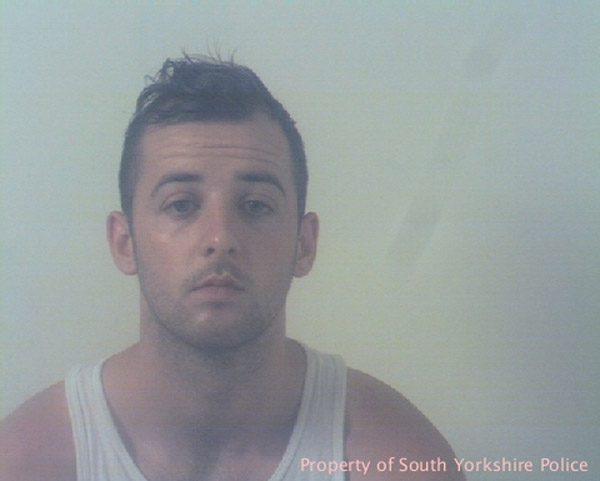 A TEENAGE boy and a 21-year-old man have been sentenced for their parts in an attempted robbery in Barnsley.

Thomas Cash, of Daneshill Caravan Site in Retford, Nottinghamshire, was sentenced to five years in prison at Sheffield Crown Court on December 15.

A 16-year-old boy, also from Retford, who cannot be named for legal reasons, pleaded guilty to assisting an offender and was given a 12-month referral order.

The South Yorkshire Police investigation began after a man saw a red VW Golf advertised for sale online. He spoke to the seller, 'Terry', on the phone and arranged to meet him in Darfield, Barnsley, on June 29.

He was driven there by his cousin, and while the pair were waiting to meet 'Terry' their car was rammed from behind by a maroon-coloured Vauxhall Omega.

Their car window was smashed and men wearing face coverings, armed with a machete and a handgun, demanded money.

The victim and his cousin got out of the vehicle and managed to escape, while the offenders got back in to the Vauxhall and drove off at speed.

The Vauxhall was later found in Carcroft, Doncaster. Thomas Cash and the 16-year-old boy were arrested and later charged.

Detective Sergeant Antony Coy said: "A dangerous offender has been put behind bars thanks to the South Yorkshire Police officers, who caught up with Thomas Cash and were able to secure enough evidence against him to lead to this conviction.

"This was an extremely violent robbery attempt, carried out in broad daylight when several members of the public witnessed it and would have been justifiably frightened by what they saw.

"This must also have been terrifying for the victim in this case, who had innocently attempted to buy a car after seeing an advert.

"What we have here is a total lack of respect for the law. This case sends out a strong message to would-be offenders that such criminality will not be tolerated by the police, or by the courts."