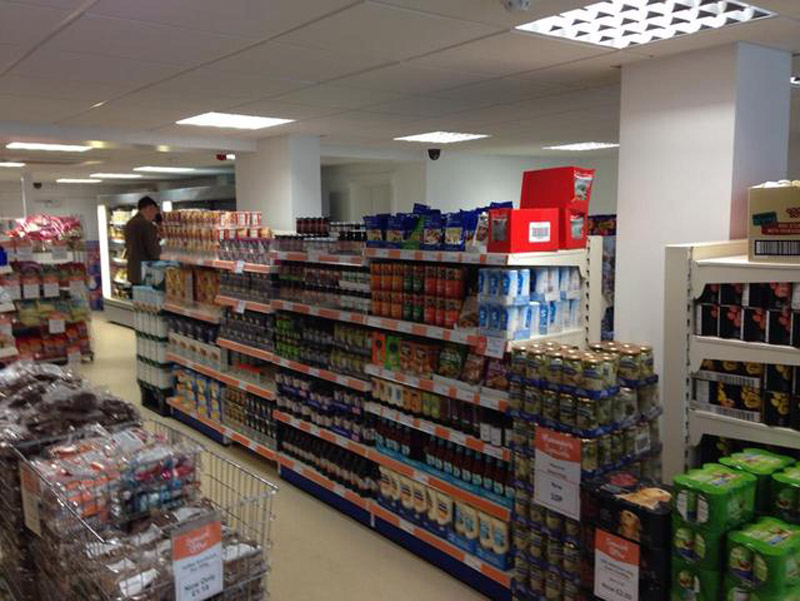 THE country's first 'social supermarket' opened its doors in Goldthorpe on Monday. We went down to see what it's all about.

Community Shop will provide shoppers on the cusp of food poverty access to surplus food and products, at up to 70 per cent less than normal prices.

Major retailers including Asda, Morrisons, Marks & Spencer and Tesco have all thrown their support behind the project.

Daily items are available for a fraction of their usual price, with things like Warburtons loafs for 20p, cans of branded fizzy drinks also for 20p, Heinz beans for 29p as well as shampoos, baby food, meats and pet food.

Membership of the pilot store will be open to people living in a specific postcode area around Goldthorpe and in receipt of welfare support.

However, its organisers hope the scheme will be a success, enabling it to expand and help a much wider audience.

Sign-up days at neighbouring Goldthorpe Library will be held for those in need, but you must be from the local area. To check on your eligibility, you can also go to the shop's reception to be talked through it.

"It takes stuff that will not make it to supermarket shelves and uses it to feed people who need it most," said Sarah Dunwell, director of environment and social affairs at Company Shop, the scheme's parent company.

"While we have people in the UK going hungry, it's wrong such foods should be thrown away.

"It's been a hugely positive reaction so far and we hope to open many more across the country.

"Our parent company have a relationship with the manufacturers that means we can get access to large volumes of residual food that we can get to the people who need it the most."

Individuals that use the service will not only get access to cheaper food but will also be offered programmes of tailored support on things from debt advice to writing CVs.

More than 1,000 similar stores in Spain and Greece have opened during their recessions. Twenty more are planned for the UK next year.

Many items thrown away aren't even past their sell-by dates - Sarah said cheeses with the wrong weights couldn’t go on sale, nor chocolate mousses mispackaged with lemon mousse lids.

Sarah added: "We're aiming to fill a gap between food banks and mainstream retail. Lots of families are not in such an emergency situation but are on the cusp of food poverty.

"It's for anyone who's claiming any of a list of benefits. It's not just about the long-term unemployed but hard-working families who are struggling.

"None of the manufacturers and none of the retailers want to see food going in the bin. They have all been really supportive of this project."

One of the shoppers on the day, a 74-year-old ex-miner who wished to remain anonymous, said: "It's hard for us pensioners to get by, so I'm ever so thankful for this place.

"The items are much, much cheaper than in supermarkets and there's nothing wrong with them. It's great to have this in the local community and I think it could solve many problems for many people."

"The new store will be a great asset for local residents enabling them to access a range of high quality, low cost food as well as a place where they can access local services.

"It will also complement the council's ongoing commitment to support people and the community in this difficult financial climate."