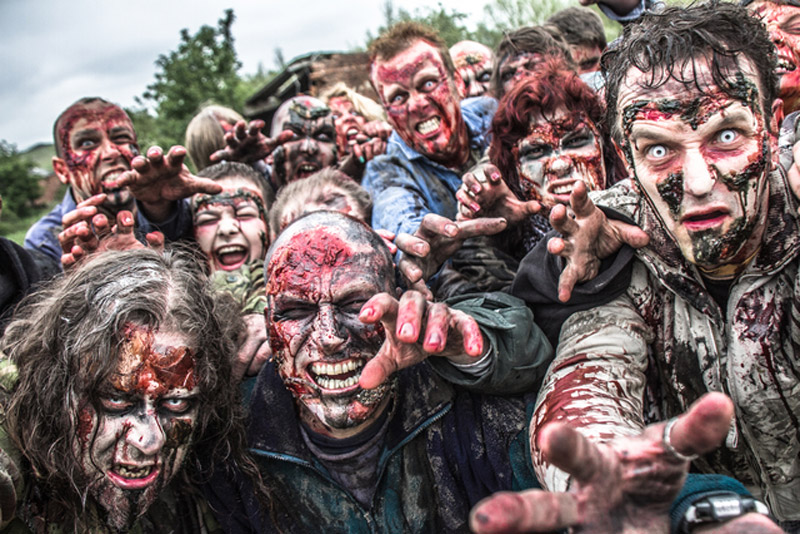 BARNSLEY Zombie Run organisers have come up with another clever way of raising money for the Barnsley Hospital Charity.

The colourful Rainbow Run, to be held in May, follows on from the success of the post-apocolyptic zombie run held at Worsbrough Mill and Country Park in October, which more than 1,000 people took part in.

Katie Cartwright, from Barnsley Hospital Charity, says it will be the craziest, fun, happiest and most colourful five-kilometre route people will ever have the pleasure of taking part in.

"Not only will you be celebrating your way to being a walking rainbow, but you will also be supporting your local hospital charity," she said.

The Rainbow Run is a race that won't be timed and is less about achieving a personal best and more about 'loving life'.

Katie says at every kilometre marker point people will enter the run's colour stations, which she described as 'a mini disco' with 'rainbow warriors' who will create colour clouds for people to run and dance through.

There will also be a one-kilometre route called the Rainbow Parade which will be child friendly, buggy friendly and accessible to all.

Katie added: "You can run, scoot, dance and skip your way around our course which is fully accessible to all.

"We encourage you to start in white and leave us to add the colour."

As an incentive to help people along with their fundraising, the charity will send a souvenir T-shirt to anyone that raises £50 or more in sponsorship.

Those who manage to raise £100 or more we be sent a professional running vest.