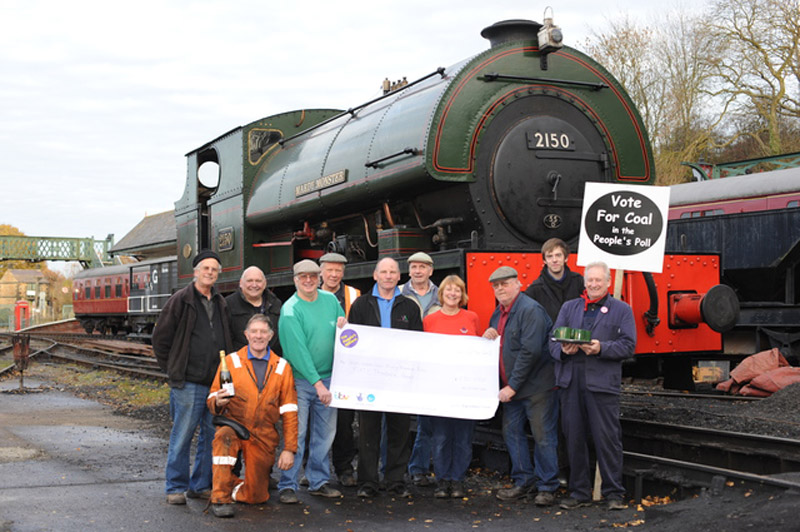 FORMER miners will be invited to a new museum and recording studio to share their stories of life down the pit after a charity won a £50,000 grant.

Elsecar Heritage Railway found out they had pipped a project in Grimsby to win the funding - provided by the People's Millions Big Lottery Fund - after a competition was held on ITV.

The grant will result in a memorial park at Cortonwood Station, picnic lawns, gardens and the museum carriage which will include a recording studio.

The charity's chairman Del Tilling said: "We're shocked, overwhelmed and it still hasn't sunk in. We were up against this project from Grimsby and we didn't really know what to expect.

"We've done lots of filming but it seems that people thought we deserved the money and have voted for us.

"It's going to make a big difference and it's fitting that this will be spent on Cortonwood, which is where the miners' strike began in 1984.

"We've got four acres of grassland and will get to work on the new project. They presented us with the cheque on Tuesday and it's going to be a very busy few months ahead.

"The recording studio will be just one aspect, but what a joy it could bring to people. Ex-miners and their families will be able to come down and record their memories of life underground and what it was like.

"This will last forever and will be a treat for schoolchildren who can come and hear real people tell real stories about mining life in Barnsley."

Mr Tilling also said funding was in place to extend the railway line - it currently runs from Elsecar to Hemingfield - but will hopefully be extended to Cortonwood by the summer.

He added: "Our purpose is to tell the story of 300 years of coal mining in South Yorkshire. Cortonwood is the perfect and ideal place, as it's a nationally important and historic site.

"We installed a level crossing in April and we have doubled our turnover this year so have the money to extend the line.

"All of our workers are volunteers and no one is paid so it's a real achievement for us to get this far.

"Hopefully the ex-mining community and other local people will come down and help us. We will certainly be needing the support of people to help complete the track."