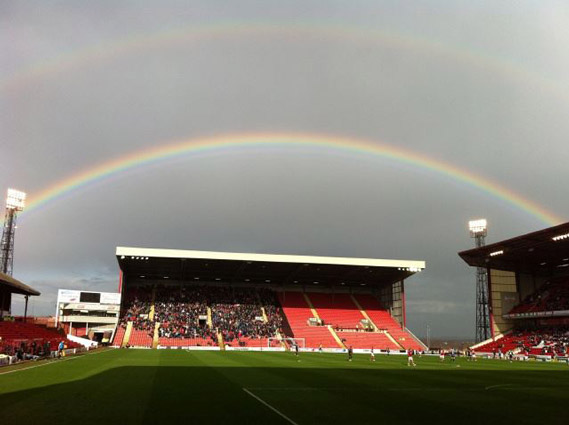 A BARNSLEY fan's 'silly' row with an Oakwell steward about a bottle of pop has ended up with him being banned from matches for four years.

Jason Roger Armitage, 43, took exception in the West Stand broke the rule that tops or lids on drinks must be off, Barnsley Magistrates' Court was told.

Jack Danaher, defending, said Armitage made 'one rule for us, another rule for them' remarks and steward Jessica Brayford, 20, intervened.

Mr Danaher said things started out as a joke but got out of hand.

He said: "This was a very silly argument. Mr Armitage could not understand why the other person had been allowed to keep the top on the bottle.

"He thought he was being patronised, became irritated, aggressive and used bad language. He stood up, she pushed him with the flat of her hand and he grabbed her wrist."

She said Miss Brayford branded Armitage a 'coward and a bully' after the incident.

She said: "Mr Armitage made remarks about there being one rule for fans and one rule for others. He got more angry and aggressive as the conversation went on."

Armitage, of Kendal Green, Worsbrough, a self-employed builder, admitted assault. He was ordered to do 120 hours of unpaid work, to pay costs of £85 and a £60 victim surcharge.