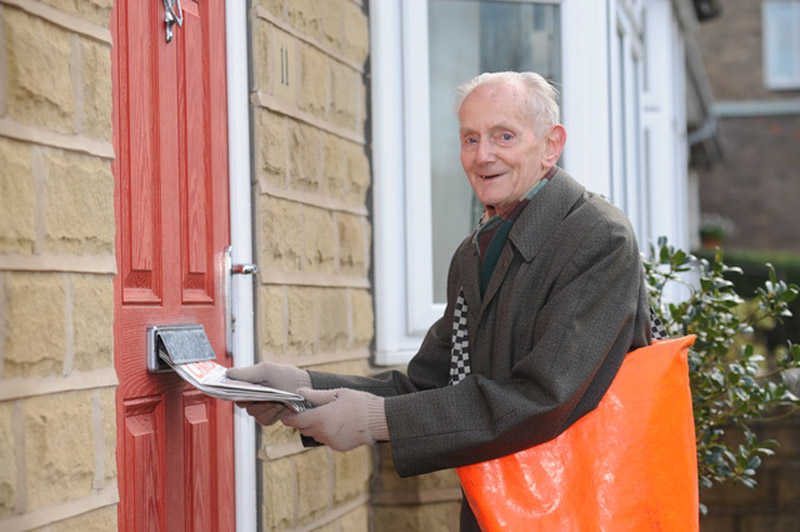 HE may turn 90 this week but that won't stop Victor Haynes turning out every morning as a paperboy!

Sprightly Victor walks with a lively swagger that belies his 89 years and locals reckon he is the oldest paperboy Cawthorne has ever had.

He said: "A young lad was doing it and he packed it in. One of my neighbours said 'what are we going to do?' and I told her I had no idea.

"So straight away she ran in the house, rang the post office, came back out and said to me 'you've go the job'.

"In the summertime it's lovely. Saying that though I like it in winter too. I just enjoy it I suppose, getting out, walking and seeing people."

Vic's round has made him a well-known character in Cawthorne, the village where he has lived all his life.

Parish councillor Margaret Broadhead believes him is the oldest 'original Cawthorner' still living, following the death of his cousin Angus Broadhead, 91, on October 28.

Sandra Scorah, from Cawthorne Post Office, said she was delighted he stayed on when she took over the post office two years ago.

"Vic has lived in the village all his life and is known by many as a genuinely lovely gentleman," she said.

"He's so reliable and a great asset to the delivery team and just gets on with it.

"Quite a few people in the village have asked if he is the oldest in England - we believe there is a guy who is about 93 who still has an active round but he's certainly up there."