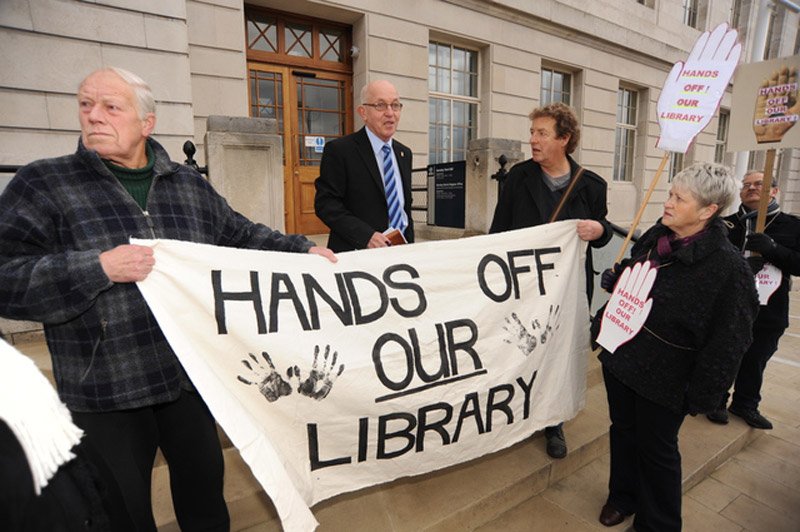 CAMPAIGNERS against the closure of Barnsley Central Library claim they were given a 'hostile' welcome by councillors at the Town Hall.

A group of about 30 protesters with placards and banners handed out literature and tried to reason with councillors ahead of the full council meeting, which took place last Thursday morning.

Campaigner Dave Gibson said: "One councillor screwed up the paper and threw it at me and many others didn't want to stop and listen.

"Most of them wouldn't even take our literature, it's as if they walked into the town with their minds made up that the library will be demolished.

"We want to start a dialogue with the councillors and at least get their reaction but at the minute we are the only ones doing the talking. It's been quite hostile."

Liz Grundy has been using the library for more than 30 years. She argued with councillors outside the Town Hall and labelled the proposals as a 'sham'.

She said: "I am incensed that the elected councillors of this town are prepared to knock down a building in great condition."

The council wants to demolish the 40-year-old building early next year to make way for a new £17million sixth form college.

The library would be temporarily moved to Wellington House before a new one is built in 2015.