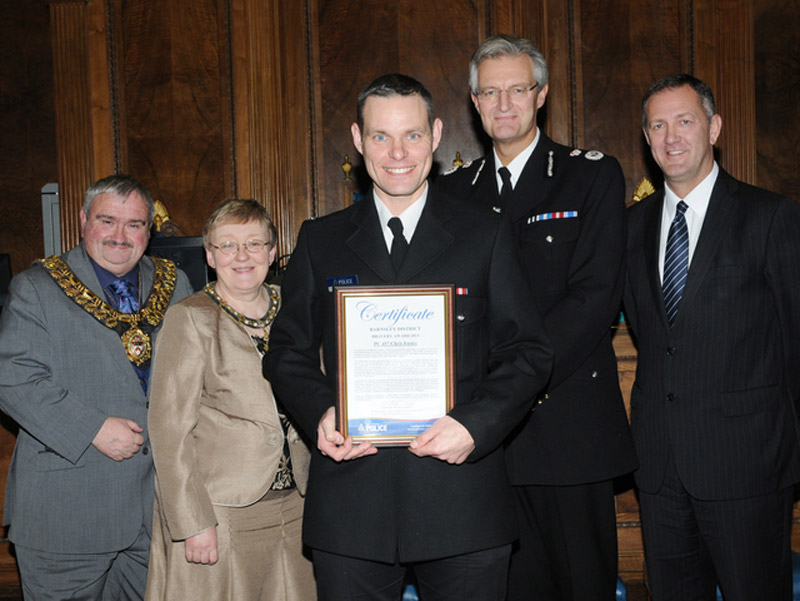 A BARNSLEY police officer who was threatened with a gun as he helped a man being attacked with a baseball bat has won a bravery award.

He had been on duty alone in January when police received a report of the attack and volunteered to attend.

When he arrived he confronted the attacker without hesitation and was threatened with what was later found to be an imitation shotgun.

PC Foster's incapacitant spray failed and a violent struggle took place until backup arrived and the offender was restrained.

His actions led to the offender receiving a three-year prison sentence.

He said: "It was a privilege to be recognised but there are many people doing the same thing day in day out. I was simply doing my job!"