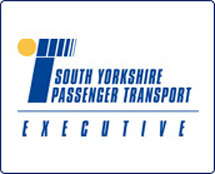 'Significant' Cuts Contribute To Loss Of Jobs At Travel Firm

MANY jobs could be axed at the organisation supervising public transport services in South Yorkshire.

South Yorkshire Passenger Transport Executive (SYPTE) said it was facing a 10 per cent cut of about £8million to its budget for next year.

It's thought a further 45 jobs could be lost, to add to the 61 who lost theirs in March.

Some evening, weekend and rural bus services could also be affected as a result of the budget reduction.

The organisation said the latest cuts were 'likely to be the most significant to date'.

It said the shortfall was a result of district councils facing their own budget cuts.

David Young, SYPTE's deputy interim director general, said consultation would take place with the unions before any final decision was made.

The organisation said the cuts need to be identified and implemented in time for April 1 of next year.

Mr Young said: "We have been continually working with operators, our district councils' partners and any interested private sector businesses to see how we can mitigate the effect of some these now inevitable cuts.

"But sadly it will be impossible to protect our customers from what will be a reduction in the services we provide."