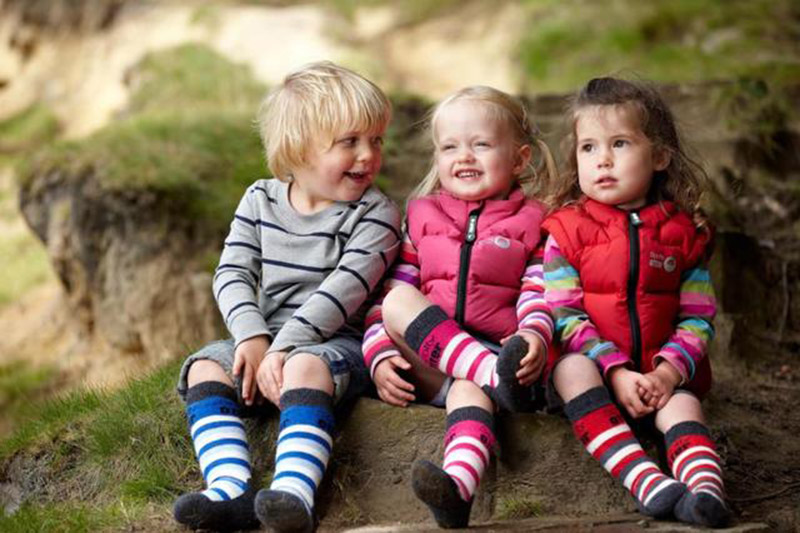 A BARNSLEY based kids business is celebrating with a full order book after getting interest from across the globe. Spotty Otter, which makes children’s outdoor gear, doubled its order to manufacturers for this year’s winter stock after high demand during last year’s cold spell. Director Stephanie Jones said the range is exported to Poland and the Czech Republic, with deliveries soon starting to Denmark and the Netherlands and interest from Russia. She said: "We’ve been told by our retailers that Spotty Otter is almost like a cult brand. “We have taken phone calls from well known people buying for their children, but it wouldn’t be fair to say who. Customers are prepared to travel some distance to get their hands on some Spotty Otter gear. We had someone drive all the way down from Edinburgh to the Little Trekkers’ store at Elsecar Heritage Centre just to stock up.” Stephanie, a former midwife, and her husband Matthew, an IT expert, set up Spotty Otter in 2007. In 2000 they had set up Little Trekkers as an on-line shop selling children’s outdoor gear. They later opened a Little Trekkers shop at their Bullhouse Mill base and this autumn another at Elsecar Heritage Centre. Now the pair are just waiting for the winter to really bite so that sales go up even more. “We are still waiting for the really bad weather to kick in. The last two winters might have been tough, but they’ve been a real boost to our business,” said Stephanie. “Last year pre-orders meant that with some ranges we had sold out before the stock got off the ship and this year again we are already heading that way.”