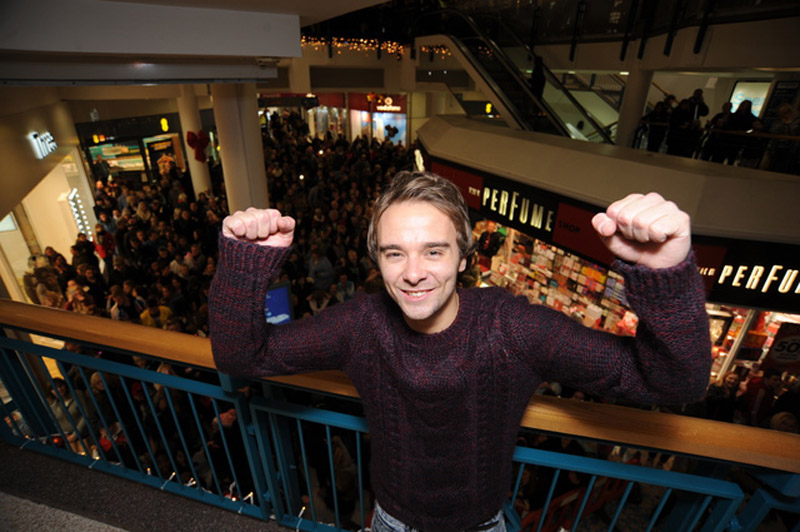 Jack, who plays bad boy David Platt, grew up in Pudsey, West Yorkshire, and said he was delighted to be turning on a fellow Yorkshire town's lights.

He said: "I've been to Barnsley before and the people are typical Yorkshire folk - all really friendly.

"It's really nice with me being from Yorkshire as well."

"There's going to be lots of drama, lots of fights and the Platts are all heavily involved. It's not to be missed."

The Alhambra’s marketing manager, Steph Higham, said: "The Christmas lights switch-on was a great success. We had a fantastic selection of entertainment available for the community."

However, many people complained to us that security turned lots of people away - leaving children and OAPs out in the cold.

Paula Maguire, 45, of Mapplewell, had brought her two kids Maisie, 11, and James, nine, down.

"We nipped up to the Town Hall for a bit but the security wouldn't let us into the Alhambra afterwards," she said.

"To have OAPs and young kids locked out in the freezing cold was unacceptable. It wasn't fair."

You can see our video by clicking here.