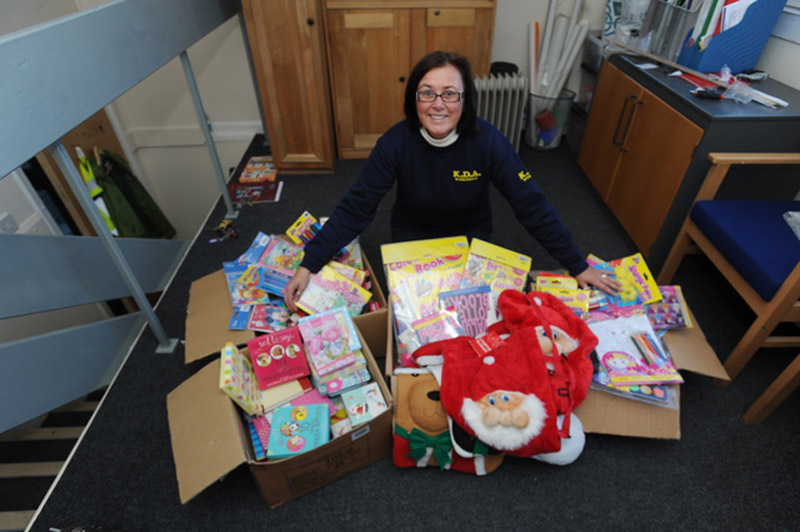 LAST year this woman spent one week's wages buying gifts for the children's ward at Barnsley Hospital. This time around she has gone even better and persuaded a company via the business she works for to donate boxes of toys and gifts for the ward!

Amanda Oglesby, 45, took delivery of some of the gifts at KDA wholesalers in Dodworth.

Amanda knows first hand what it's like for children and their families who are sick - especially at Christmas.

Her daughter, Samantha, now 25, was diagnosed with diabetes when she was just two-years-old.

She was severely ill for much of her young life, and spent weeks and weeks on the children's ward at Barnsley Hospital.

Amanda from Beacon Hill, Silkstone Common, said: "They really try to ensure that as many children as possible can leave the hospital and be at home for Christmas Day.

"But obviously not every child is well enough to go home. One year when she was just nine years old my daughter had to remain in hospital at Christmas, it made a difference to her that she was given presents and things.

"I learned later that the nurses on the children's ward had bought the children presents from their own money.

"I was so touched I wanted to do something. Last year I spent my wages buying gifts. This year I have persuaded a company I know through work to make a donation.

"I'm thrilled with how much stuff I have got for the children's ward and determined already to hopefully get even more next year."