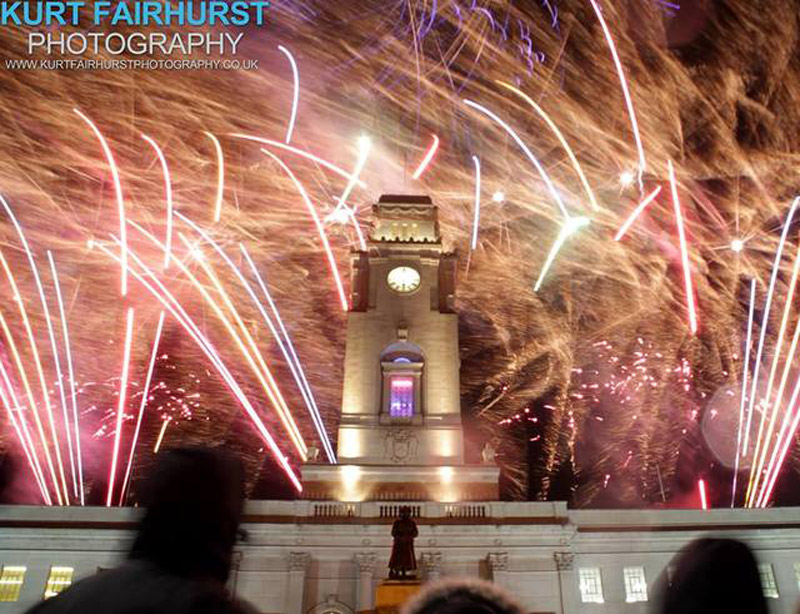 HUNDREDS made their way to the town centre to see Barnsley's Christmas lights being switched on - although some left unhappy.

The party atmosphere was started by Dearne FM's breakfast presenter Joe Sentance, who kept the crowds entertained with all the Christmas classics.

The highlight of the event was arguably the fireworks which came soon after. Set off from the Town Hall's roof for the very first time, the crowd were wowed by the spectacular display.

Down at the Alhambra, Reds legend Bobby Hassell and Coronation Street's Jack P Shepherd switched on the shopping centre's lights - although some were left disappointed.

Paula Maguire, 45, of Mapplewell, had brought her two kids Maisie, 11, and James, nine, down especially to see their favourite Barnsley player.

"We nipped up to the Town Hall for a bit but the security wouldn't let us into the Alhambra afterwards," she said.

"To have OAPs and young kids locked out in the freezing cold was unacceptable. It wasn't fair."

Katie Eyles said: "It was brilliant. There was a great atmosphere at the Town Hall and the smile on my four-year-old's face when the countdown was on before the fireworks was worth standing in the rain for."

What did you think to it? Which switch-on did you go to? Were you one of the people who were refused entry into the Alhambra? Have your say below.