Man Jailed And Banned From Driving For Seven Years

A MAN who was one month away from completing a five-year driving ban has been jailed for 16 weeks having been found three times over the limit.

Simon Thomas Miccoli, 38, of Pontefract Road, Lundwood, who was described as having had a drink problem for a long time, had had a row with his partner, a staff nurse, about his boozing, said Chris Peace, defending, at Barnsley Magistrates' Court.

"Mr Miccoli was four years and 11 months into the five-year ban," he said. "He never drove. The car had been bought for when the ban expired.

"He has put everything at risk, including spending a first Christmas with his child, because of his fondness for the booze."

Mr Peace added that Miccoli got in the car to bale out after getting 'earache' from his partner about his drinking.

Paul Macauley, prosecuting, said Miccoli was three times over the drink drive limit when he was found in a Mercedes pointing the wrong way on Regent Street South, Barnsley.

He added: "Officers carried out checks and found out he had been banned for five years in 2008. Mr Miccoli had also been drinking."

Miccoli admitted driving while banned, drink driving and having no insurance.

He was jailed for 16 weeks and banned from driving for seven years.

Mick McGrevey, presiding, said: "This is your sixth conviction for drink driving. What can we do?"

END_OF_DOCUMENT_TOKEN_TO_BE_REPLACED 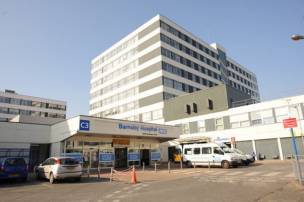