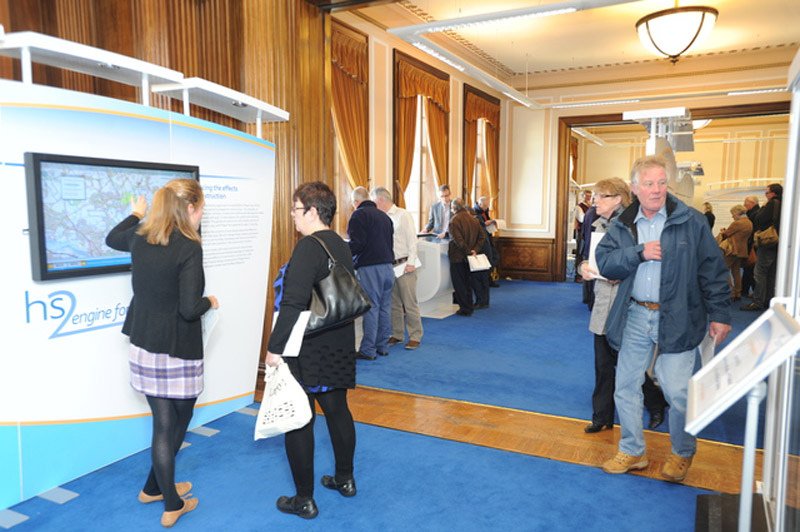 MORE than 200 people turned up to quiz officials about the high speed railway route passing through parts of Barnsley.

As residents arrived at a meeting room in Barnsley Town Hall they were met by three men dressed in black acting as security.

Fortunately, the security wasn't needed as people quietly studied huge maps showing the proposed route and the impact it may have on properties and surrounding areas.

Twin tunnels expected to go underneath Hoyland and Ardsley appeared to pique the most interest in those visiting, as well as the impact the line would have on Rabbit Ings Country Park and Carlton Marsh Nature Reserve.

Also on display were technical details such as how the railway corridor will look and be constructed, and sound booths were available for people to listen to the expected noise levels of the trains.

People were also able to quiz Andrew McNaughton, the technical director at HS2.

"These events are about meeting people along the route and answering all the questions they have got," he said.

"There's a massive range of questions. It always comes down to what it means for them.

"A lot of the discussions are very sensible. Our job is to give out the facts and is not about selling the project."

Mr McNaughton said the day had been 'very rewarding' and praised his team.

"We have got a really good team and they're not a bunch of faceless people from London," he added.

"We have got an understanding of the area but of course people, all the time, are telling us things which only local knowledge gives you. We capture every nugget of that information."

HS2 press officer David Meechan said the Barnsley consultation, which had 234 people through the door, was one of the busiest held so far.

When asked about the 'men in black' security, Mr Meechan said: "We were not expecting any trouble but we do always have a security team at our events - this is to ensure the safety of our staff and the public."