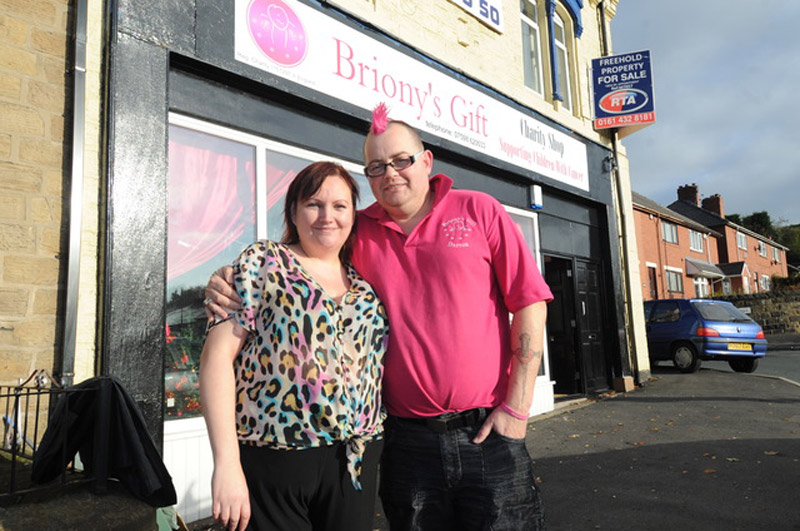 THE parents of a little girl who died of cancer have opened a charity shop in her memory to help other children suffering from the disease.

Meayla and Darron Woodward, of Victoria Street, Stairfoot, have opened Briony's Gift charity shop on Doncaster Road, Ardsley, as a continuation of the charity which they set up in her name.

Briony died in 2007, aged three, after a two-year battle with neuroblastoma.

The charity raises money to help provide other children undergoing treatment with gifts or wishes.

The couple had taken their daughter Vienna, four, to a dancing class opposite the empty store and had signed the deal four hours later.

The shop is open daily from 8am.