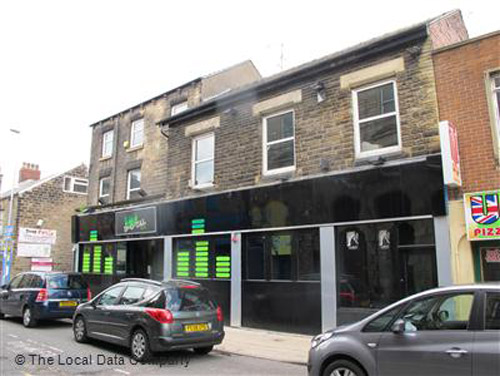 Support Group Believes Attack Is 'Tip Of The Iceberg'

THE Barnsley Lesbian, Gay, Bisexual and Transgender Forum believes an attack on a gay couple in a bar is just the tip of the iceberg of homophobic incidents in the town.

The two victims were on the dance floor of Digital on Wellington Street when one was headbutted and the other was punched in the face by the same man.

Police believe the pair, aged 24 and 32 and from Barnsley, were attacked for their sexuality and are treating it as a homophobic hate crime.

Kevan Riggett, the co-chairman of the Barnsley Lesbian, Gay, Bisexual and Transgender Forum, said there were more than 127 such crimes reported in the town last year - but he believes that that's the tip of the iceberg and said much more went unreported.

Incidents have included people being verbally abused, physical attacks such as being hit with glass bottles and punched in the face in shops, as well as neighbours and children shouting abuse.

Kevan said: "The gay community has been up against this kind of behaviour for so many years. I wish all LGBT people would report even the basic hate crime incidents such as name calling.

"We've helped support people who have had issues in their own homes and we've worked with the police to help them. Berneslai Homes has even evicted people for homophobic hate crime."

He also linked the case to that of gay teenager Steven Simpson, who died when he was set on fire at his 18th birthday party after receiving gay taunts.

Kevan said the biggest challenge the forum faces is that gay people vastly under report hate crime in Barnsley.

"It's really sad. The forum is trying to raise the profile of reporting homophobic hate crime," he added.

"We've been there for people that have been attacked and supported them in many different ways and work to what their needs are.

The man involved in the attack in Digital on October 27 is described as white, between 6ft and 6ft 4ins, of a stocky build and in his late 20s.