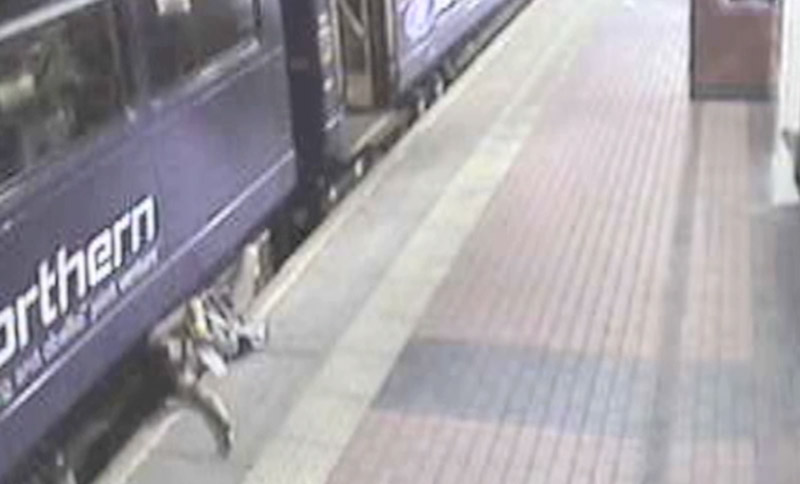 SHOCKING footage has been released by British Transport Police which shows a drunk woman falling under a train on Barnsley's rail platform.

The CCTV video released today shows a lady stepping off a train at Barnsley station, stumbling backwards and falling in-between the train and platform. The woman was rescued by quick-thinking staff and was taken to hospital to be treated for cuts and bruises - her incident caused trains to be delayed for 20 minutes.

Inspector Graham Bridges, of BTP, said: “This woman was lucky to only end up with a few minor injuries and, had it not been for the alertness of other passengers who helped her, we could have been dealing with potentially serious injuries.

“Over the Christmas and New Year period, we will have an increase of high-profile patrols by officers at stations to reassure rail staff and passengers and make them feel safe.

"We understand that at this time of year, with Christmas fast approaching, people will be out at parties and will be consuming alcohol.

"We certainly do not want to spoil this and would simply ask that anyone drinking alcohol does so responsibly. We want everyone to have an enjoyable time over Christmas and will be working with all our partners to make sure everyone can get to their office party or other event, and home again safely and equally as importantly, without hindrance from others.”