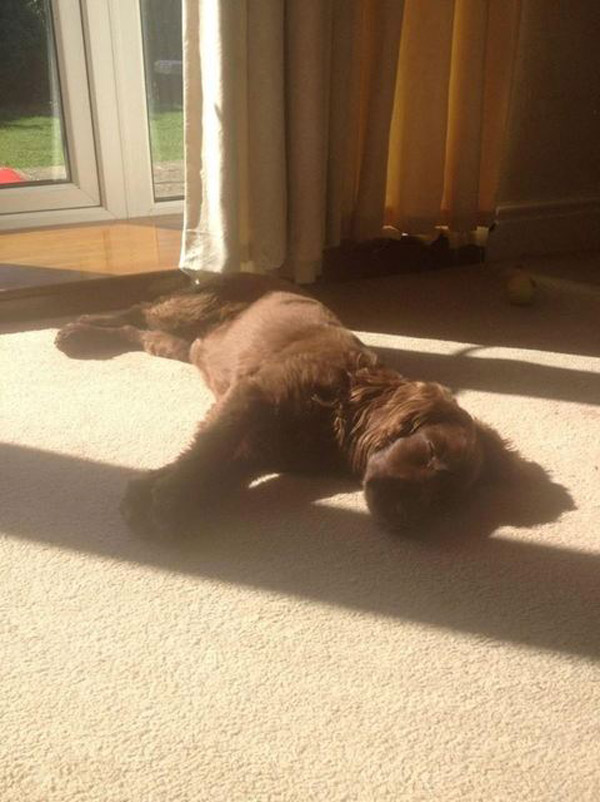 A LITTLE boy cannot understand where his best friend Choc the dog has gone.

Two-year-old Reuben has spent the past weeks scouring the family home between Silkstone and Cawthorne calling out for Choc the chocolate brown spaniel.

He has been told the family pet is away chasing rabbits - because his parents cannot bear to tell him the truth.

Choc is missing and they fear he has been stolen. The family are offering a £500 reward for Choc's return.

They have had posters printed and created a social media campaign, with many getting involved on We Are Barnsley.

Owner May Quilter, 32, says Choc, who is microchipped and was wearing his collar and identity tag when he went missing, has been neutered so would be of no use to someone who might have taken him for breeding purposes.

"He is such a part of the family that he even has his own bedroom," she says at the family home off Waggon Way.

"My son Lucas is five so he understands that Choc is missing and desperately wants him back. Reuben is too young to understand - he just wanders around calling out his name - it's heartbreaking to hear him."

In a cruel twist of fate this is the second time Choc has gone missing.

Almost three years ago he disappeared and four months later May was told Choc was living with a family in Kendray.

She took him back home and the family who had had him are so concerned having heard he is missing again that they're calling May regularly to find out if Choc has been found yet.

She said: "Choc does sometimes go beyond the garden, usually to follow a scent, but he always comes back. The only way he would not come home would be if he was injured or if he had been taken and was being kept somewhere.

"If someone has found him they could have contacted us, the police, the dog warden or simply taken him to be scanned at a vets.

"When he went missing last time he wasn't wearing a tag on his collar but this time he is. I just find it hard to believe that someone would pick him up and not ring us. I don't believe that he's still running free.

"We just want him back home."