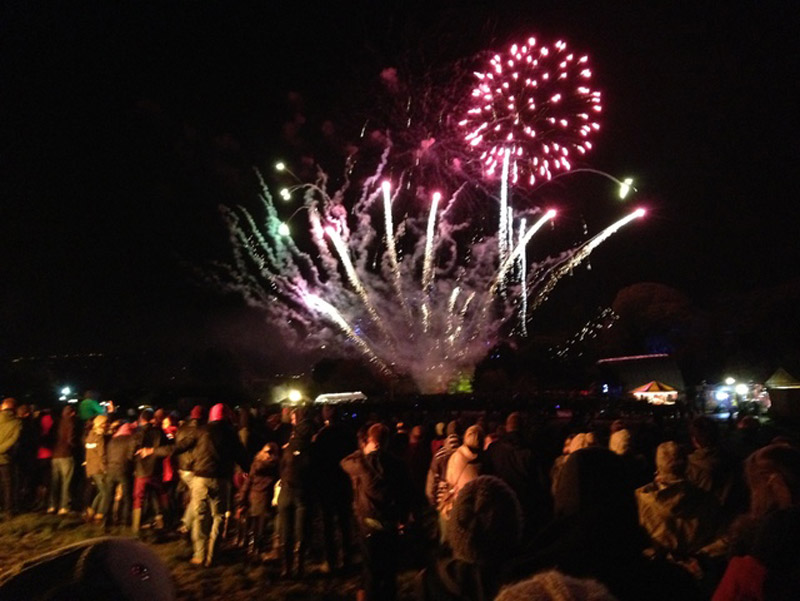 A MUM-OF-TWO said a group of reckless revellers ruined a bonfire night at a pub last week after they started setting their own fireworks off.

Rebecca Haigh Sellars, who has two children aged six and two, took her family to the bonfire at the Longridge Road pub in Monk Bretton on November 3.

The Royston mum said everything was fine until a group of people, who looked to be in their 20s, turned up and started lighting fireworks in the crowd where children were.

"We only stayed half an hour because the kids were scared after someone lit a firework near to people," she said.

"My youngest was right near it and I managed to grab him out the way just as it exploded. He was really lucky not to have been hurt."

A number of people complained on Facebook saying the boisterous group was playing reckless with people's safety.

Landlord Nigel Lofts said about 1,000 people attended and every effort was made to marshal the event and keep people safe.

He did say a 30 to 40-strong group of revellers had decided to make their own entertainment and started lighting their own fireworks display in the middle of the car park.

He said: "There was a load of them in their 20s and they had those illegal bangers and I must have told them three or four times to stop but they kept throwing them. They were even chucking them in the fire, full packets of them.

"One of them even put a banger underneath a cone and there was a child nearby who must have only been two but thank God he wasn't hurt when it exploded.

"You try your best to put on a good event, I spent £3,000, but with idiots like these knocking about it's not easy. I've even warned other pubs to keep an eye out for people with these illegal bangers."