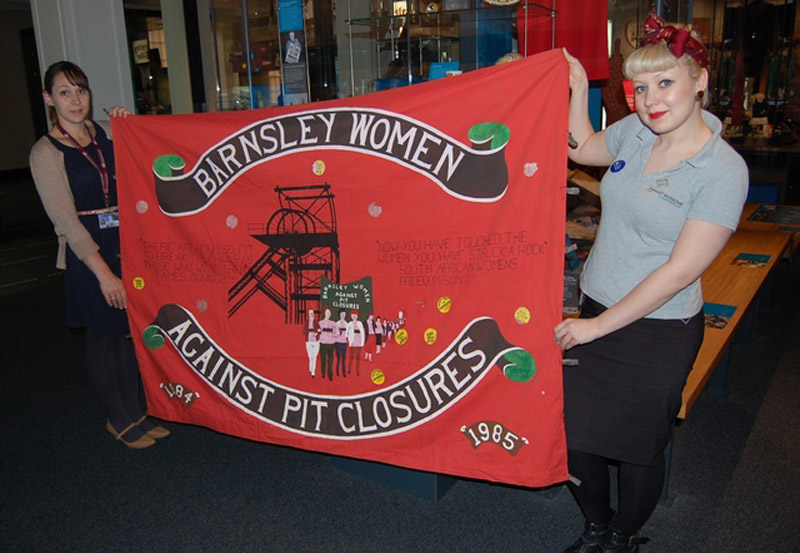 A MISSING banner which was used by Barnsley women during the miners’ strike has been found - after spending 29 years in a woman's loft!

The Women Against Pit Closures (WAPC) banner turned up thanks to an event held by Experience Barnsley.

Many people attended the event, which was held on November 2, and eight former WAPC members were interviewed by the Experience Barnsley Youth Panel.

Gwen White from Carlton brought along a surprise for the museum's team - a bright red banner, emblazoned with 'Barnsley Women Against Pit Closures 1984 to 1985'.

The hand-painted banner shows a group of Barnsley women stood in front of a pit head silhouette.

It was thought that the banner had gone missing but has spent the past 29 years stored safely in Gwen's loft!

The Women Against Pit Closures movement started in Barnsley and spread all over the country. Many women were involved in campaigning on the picket lines, running soup kitchens and looking after their families.

Anyone who has any other memories, photographs or banners from the era is asked to contact Jemma Conway on 01226 787771.